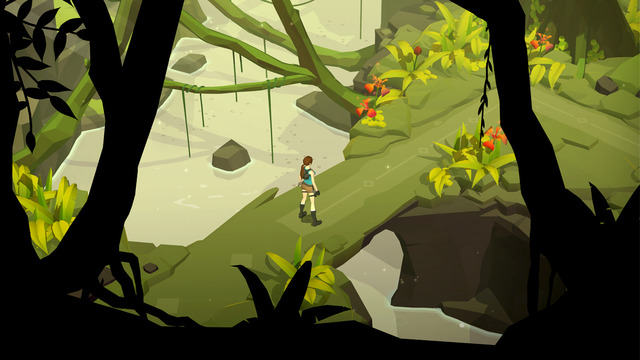 A while back Square Enix released a really interesting entry of the Hitman series called Hitman GO on the App Store. While the game played nothing like the main entries of the series, Hitman GO managed to become incredibly successful thanks to its turn based gameplay experience and huge amount of content.

Today a sort of sequel for Hitman GO has been released on the App Store. The new GO game is based on the Tomb Raider series and allows players to explore a variety of locations, climb cliffs, evade deadly traps, solve puzzles and deal with several different dangerous creatures with the same gameplay mechanics of Hitman GO. Unlike the previous game, Lara Croft GO features a completely new graphical style and art direction, no longer looking like a board game. This change is definitely for the best, as Lara Croft GO looks quite good.

Lara Croft GO is now available on the App Store for the price of $4.99. The game includes five full chapters filled with content and, if Hitman GO is any indication, more is surely going to be added to the game in the future with updates.