Are you wondering which are the best heroes in Langrisser Mobile? Well, wonder no more because we’re here to share with you a complete tier list with all the characters in the game, to help you select the best of the best.

Knowing which heroes to focus on early on gives you a massive advantage because you won’t end up wasting resources and time on a hero you will replace, sooner rather than later, with a much better one.

As you will see in our tier list below, the best characters in Langrisser are actually the SSR ones (the rarest available, which does make sense in the end)… but looking at the rankings, you will have an easier task when it comes to picking your starting team. 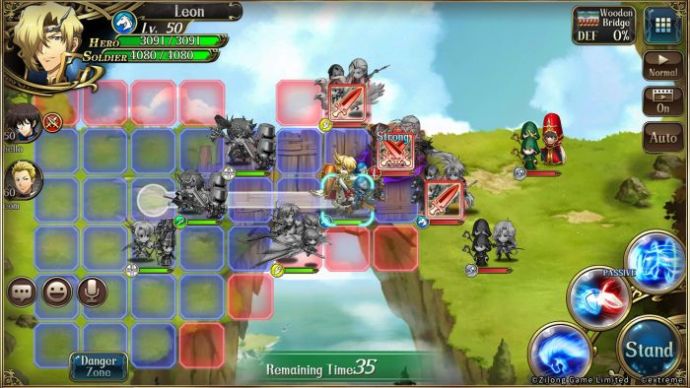 There’s a lot to talk about in this guide, so let’s not waste any time and instead let’s check out the Langrisser best heroes guide / tier list below based on their rarity. This guy is currently the OP character of Langrisser. The god of all gods. The best hero to have. You get the idea, right?

He is the best DPS hero in the game by far and boosts your allies’ stats as well, increasing their attack a lot. Versatile and amazing, he’s the only hero you need in your team no matter what. Best support unit in the game and one of the best heroes overall. Mass healing, debuff removal, extra movement for units… she’s a truly unique and extremely useful hero. Even though she’s another healer, I think she works perfectly with Liana and can turn your team into an invincible one. With area healing as well, she is a great support and a must have, with or without the previous character. Best tank in the game by far – and you need a solid tank to drive your opponents crazy. A unique character with major resistance and solid advantages. Plus, the counter-attack that destroys enemies. A beast of a tank! Somebody who pairs up with Leon must be really strong, right? Well, Lana definitely is and she’s an amazing DPS unit to round up a perfect team. She’s lethal from afar (and goo range, too), but also decent if she has to go into close quarters. Best mage in the game!

Afterwards, things get pretty much the same: whatever SSR character you have is better than anything else. If you don’t have one (or more) of the SSRs listed above, any other SSR is a better choice.

Without deserving the additional details as the top heroes in the game do, here is my ranking for the remaining SSRs: Elwin, Cherie, Bernhardt, Dieharte, Bozel, Altemuller, Luna. Tanks are not spectacular units, but they are needed and extremely useful. And Vargas is the second best tank in the game in my opinion and a must have if you haven’t found Ledin yet.

He’s not the best damage dealer, being weak against powerful infantry units, but he’s going to be there, taking hits and driving your opponent crazy. And most of the times, that’s exactly what your damage dealers need! An interesting, although pretty much random hero. She’s not a damage dealer, nor a support unit – she’s a mixture of both. Healing, buffing and debuffing, she’s definitely good to have around. A bit better suited for PvE instead of PvP, she remains a great hero overall. I don’t like his name for whatever reason, but I like him in PvP (as opposed to Chris, for example). Great support for more important damage dealers, he has a nice selection of extremely useful skills. Mass attack, mass healing, decent damage, good generic stats… without being an expert or truly spectacular in a given area, she’s a jack of all trades that proves to be more useful than her lack of specialization might indicate. 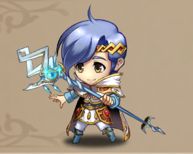 Any hero with Teleport is a must have in my opinion, perfect for treasure hunts or other fights where a smart teleport can give you an instant win.

Hein is, just like Imelda, a jack of all trades, but on the slightly more aggressive path and extremely useful thanks to his Teleport, as I already mentioned.

The rest of the heroes, from best to worse are: Narm, Freya, Sonia, Sofia, Lance, Kirikaze, Silver Wolf, Emerick.

Best R Characters in the game By far the best R character in the game thanks to her Teleport. I love that because it makes your life easier in the game, especially when treasure hunting.

Apart from that, she has the Meteor Shower which is great in PvE and can grow relatively nicely given her low rarity ranking. 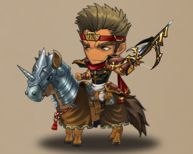 A specializing archer that is really useful in specific situations, but pretty much useless otherwise. However, you need a solid archer in your team and if you don’t have rarer options, he’s your guy! 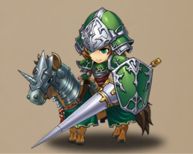 He won’t be around for long, that is true – but at least he’s the guy you turn to when you need to one shot an opponent: the most dangerous you’re facing. And for that alone, he’s good! A damage dealer and healer – he’s a good hero for the early stages of the game and generally the guy you turn to until you get the similar (but much better) Elwin. Great hero for boss fights and the early challenges, but becomes less useful later on. Still useful and definitely better than other options in the game.

Unfortunately, most of the R characters are pretty weak and become pretty much useless once you start getting SRs and SSRs. Jessica is probably the best to invest on thanks to her teleport skill… but after that, all the Rs will become useless when rarer heroes are found.

But just to have a complete tier list for Langrisser, here is my attempt at ranking the remaining regular heroes that are left: Scott, Rohga, Leticia, Pierre, Aaron, Anna, Keith.

These would be, in my opinion, the best heroes in the game. Of course, with so many different ones available in the game and without much control on what you unlock, you won’t be able to get all the best ones too soon. But at least you know which ones to focus on to make your life easier.

What do you think about our list of the best heroes in Langrisser? Do you agree with our rankings, or you think some of the lower tier heroes are actually better than we think they are?