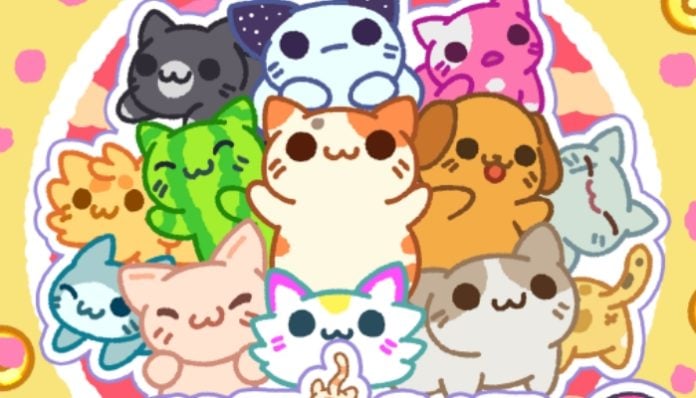 The pudgy little cats who just can’t keep their paws off things are back, and this time around they’ve got portals! There’s nothing stopping them now in the highly anticipated sequel KleptoCats 2! KleptoCats 2 features new rooms, new objects, new minigames, and lots more to keep you and your thieving little kitties entertained for hours on end! Our KleptoCats 2 cheats and tips will show you how to build a team full of masterful thieves!

KleptoCats 2 is more of the same fun little cuteness we saw in the first game, so anyone can enjoy it! Also similar to the first game are tiny secrets, so let’s get started with our KleptoCats 2 cheats, tips and tricks strategy guide!

When you’re waiting for your kleptocats to come back from a portal trip, you can play some minigames in the mean time. Out of the three games available, we feel that Catchy Catch is the one that’s worth your time.

In Catchy Catch, you move the cat back and forth to grab the kleptosnacks. Every sixth kleptosnack you grab earns a you a coin. In addition to that, coins will also spawn in place of snacks, so grab those as well. The coins seems to spawn the most in this mode, which why we recommend this minigame over the others.

Occasionally one of your cats will come back with a safe with a code on it. Fans of the original KleptoCats remember these mysterious safes as prize boxes with precious gems in them, but before you can open them you’ll need to crack to the code!

Pay attention the safe itself for a clue on what the code is. For example, one of the first safes you’ll find might be the one in the Shed. On this particular safe you’ll see “S3CR3TS” scribbled underneath it, which looks a lot like “secrets”, right? Bingo – enter secrets as the code and you’ll be rewarded with a pretty little gem.

Each room has a specific number of codes attached to them, and you see this by looking at the rooms list. The Shed has two gem slots next to the safe icon, which means there’s only one other code we’re missing. Remember: pay attention to any suspicious items you get to find the code!

Clean up after the kitties!

If you scan around your rooms you’ll probably see something foul lying around. No wait, even the poop is cute in this game! Silliness aside, tapping on the kleptocats’ poop is a good way to earn some new coins, and it keeps your rooms clean! Every piece of poop you pick up is worth 2 coins, so it’s a little faster than playing the minigames.

In addition to poop, sometimes you’ll see a golden cat spirit floating around somewhere. Tap on the spirit rapidly to earn a bunch of coins! The golden cat spirit will eventually disappear, so tap as fast as you can.

Ring the bell to bring cats back faster!

Once you unlock the bell in the patio, you can call kleptobacks immediately by paying the coin fee to use it. However, occasionally you’ll see a video button next to the bell instead of a coin fee. This means you can watch a short advertisement instead of paying the fee, and we recommend you take these when you get the chance. Getting new items faster is always a good thing!

That’s all for KleptoCats 2! If you’ve got any other tips for the kitties, let us know in the comments below! 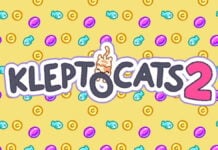