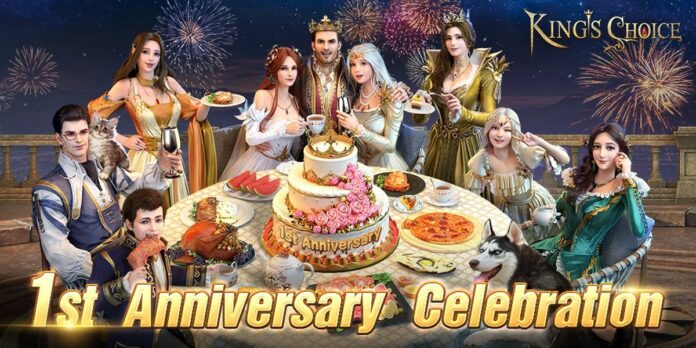 ONEMT recently unveiled a scintillating schedule of events for its popular RPG sim, King’s Choice, which will soon celebrate its first anniversary. To express its appreciation to its loyal fanbase, the game is providing players with an even more grandiose experience of medieval court life with the introduction of new Pet and Home systems, as well as limited-time festivities, and anniversary giveaways.

Players are currently invited to partake in the ongoing celebrations via King’s Choice’s social media events. Cash prizes and in-game rewards will be awarded for the best user-generated videos, artwork, and memes entered into the Royal Fantasy event, whilst further rewards will be available for those that take part in the Special Wishes event. All that’s required to enter the latter event is to send a video expressing your anniversary wishes for which you can receive some exciting in-game goodies. You’ll also have a chance to see your video included in an anniversary livestream that will be hosted on the Allie Channel on YouTube. The livestream will also include new version information, a fireworks show, and code giveaways, for which all fans should check out!

In King’s Choice, players are tasked with establishing alliances, captivating beautiful maidens, and raising heirs that will continue the legacy of your kingdom. Whilst you attempt to make your mark as a legendary emperor, you’ll be treated to stunning visuals that invoke the brilliance of European arts from the 15th to 18th century, adding a perfect layer of elegance to your playing experience.

If you’d like to navigate the intricacies of empire governance and see if you’ve got what it takes to be a legendary ruler, you can download King’s Choice on the iOS App Store and the Google Play Store right now.