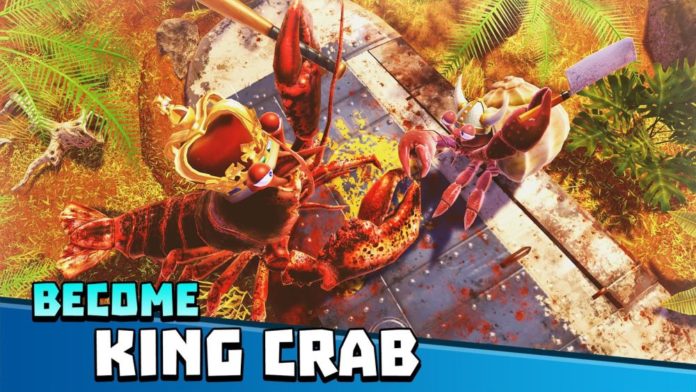 King of Crabs is a truly amazing multiplayer game where you fight against or together with other Crabs to become the biggest and best in the game. And we’re here to help you achieve that easily by sharing some King of Crabs cheats and tips in today’s strategy guide.

Similar to your regular .io game in concept, but with improved visuals and a ton of RPG-element features, King of Crabs really takes the genre to a new level and delivers a ton of entertainment. I absolutely love this game and I am sure you can say the same about it.

But now it’s time to talk strategy! So let’s check out below some King of Crabs tips and tricks to improve our game.

PvP or PvE?
The PvE aka the “Friendly” mode is the best in my opinion for leveling up fast and growing a lot. The PvE is more intense and could see you lose your life (or lives) faster so even though it is more fun, I would recommend to start with the Friendly mode and moving to the more difficult PvP mode after at least gaining several levels. 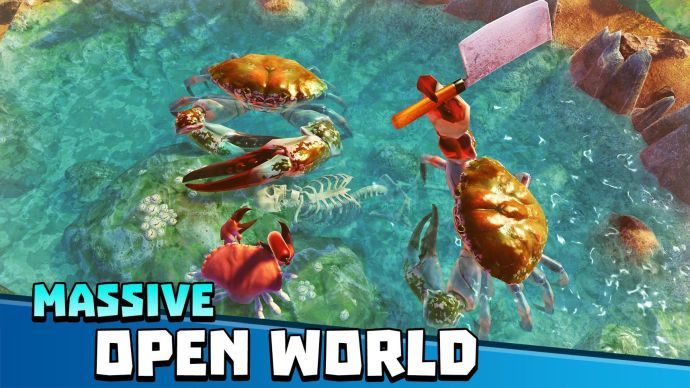 There are many things in this game that can kill you and no matter how large you are, there’s always going to be something larger that you should worry about. So always look around and make sure you’re playing in a safe area.

Don’t be afraid to run
Running is something that you will have to do every now and then if you want to survive. When running, don’t forget to actually use your boost (tap and hold the bottom right side of the screen) in order to get a speed bonus.

I have been playing for far too long without using the boost before remembering the vague notice when I first started to play the game about this boost and, boy, things changed a lot when I started using it. 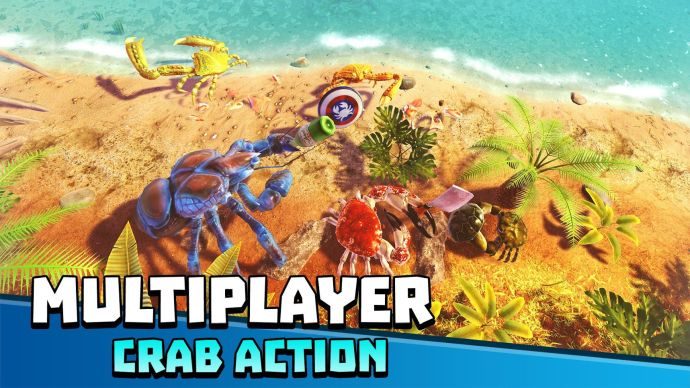 The boost is not only good for running, it’s also good for attacking: if you launch into an opponent when holding the boost button, you will perform a special attack that will drain more of their life. So make sure to always use this extremely important boost!

You will find weapons and all sort of items scattered around the map: from sticks to forks to axes and everything in between, these will cause a ton of damage when hitting your opponents. Shields will reduce the damage you take, while special items like bananas or other foods will increase your health. So they are all extremely useful.

But even more important are the crates: when you see them (they are also marked on the minimap, unlike the weapons and other items), you have to attack them and destroy them.

But once you do, there are amazing goodies inside: from various weapons to additional premium currency or extra lives… there’s a lot of things that you can find in these crates, so make sure to always destroy them when you see them. 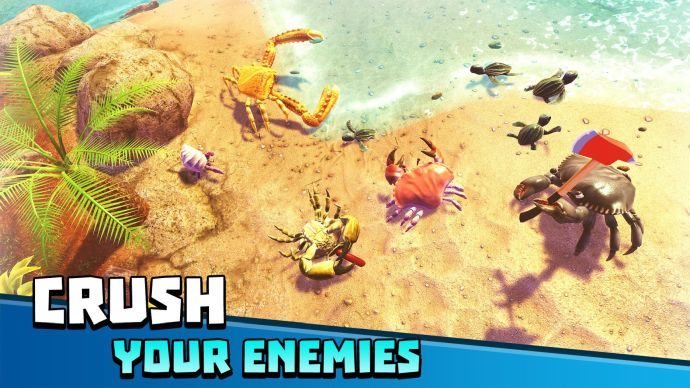 Farm on those boxes
All things in King of Crabs will respawn in roughly the same positions on the map. The loot crates will always appear in the exact same spot, so a good strategy is that of simply sticking around an area where these boxes appear.

This way, you can destroy anybody who gets close (and grow), while also getting to the crate as soon as it reappears and take advantage of all the potential goodies inside.

Complete the quests
In the upper right side of the home screen, you have the Quests button. Make sure to check the requirements out and complete them ASAP because they usually give you a ton of coins that you can use to unlock various items in the game.

Upgrade your crabs
As you play the game and go up the ranks, you will get skill point upgrades for your crabs. These are to be used only for a specific type of crab and usually your starting crab – the Brown Crab – will have the most points at first.

There are three stat that you can upgrade: Health, Attack and Speed. I tend to focus on Attack and Speed more than I do on health because I want my crab to be able to pack a solid punch and be able to both catch up on running crabs or be able to run away from the larger ones. A good strategy so far. 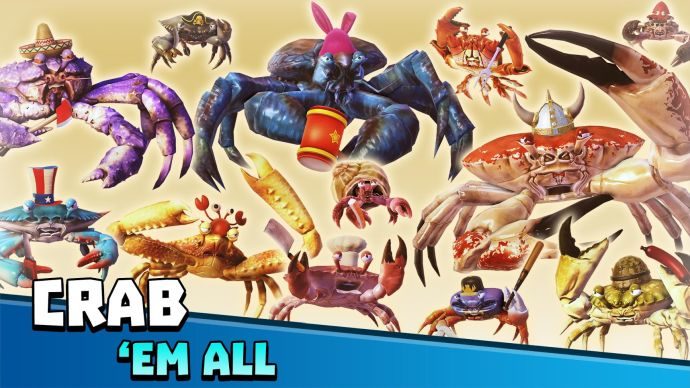 Skills for all crabs
The skills, on the other hand, affect all crabs that you have unlocked, so you only need to invest in these once. However, have in mind that there are a ton of skills to unlock (many of which will unlock as you climb up the ranks), so don’t rush to spend all points in the starting three.

Actually, most of the skills that you unlock later are more useful than the early ones, so after investing once in Deadly Boost and once or twice in Super Food, I recommend you start piling up on those points and spend them on the unlockable skills: Hard Shell is a great skill to have since it increases your likelihood of survival.

Lucky Crab is great as you get more criticals, while Melee Master is also important as it gives you more uses for the equipped weapons.

How to unlock more crabs
You will definitely want to have all crabs unlocked – especially since the rarer ones are better, larger and meaner – but it won’t be easy!

There are just two methods for getting additional crabs in the game and they’re both difficult: you can either unlock them slowly as you progress through the ranks in the game or you ca get them through the Royal Grab minigame (the King of Crabs’ gacha system).

Even so, the chances of getting a new one are really slow: you can hit the question mark near the Royal Grab and see that you have a 5.3% chance for a common one, 2.5% for a rare, 0.5% for a super rare and a discouraging 0.2% chance for a Mega Rare. This means that you could open 99 Royal Grabs and still not get a mega rare or a super rare. Ouch!

Grab those pearls!
You need pearls to use the Royal Grab or to get additional upgrade points for your crabs. So make sure that you take advantage of any and all offers that you have for free pearls: you can watch a video ad every 12 hours to get 5 free pearls and after most games (be them Friendly or PvP) you will be able to watch a video for 3 pearls.

On very rare occasions, you will get Pearls from crates in the game and probably from completing missions or ranking up. Pile up on those pearls for Royal Grabs and Upgrade Points to get better faster!

These would be the King of Crabs tips and tricks that we have for you right now. If you have more advice for fellow players, don’t forget to share it with us all by commenting below. 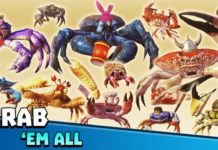 King of Crabs: How to Unlock All Crabs in the Game 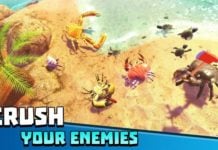 Survive a Crustacean Battle Royale in King of Crabs, Now Available on iOS and Android