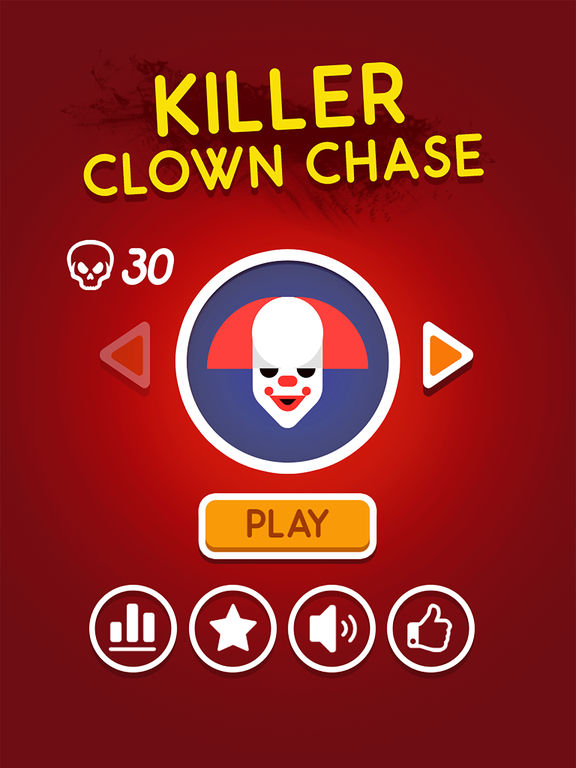 It’s spooky October, so that means the scary games are coming out to play! Killer Clown Chase is a silly yet challenging endless runner game. You’ll be bouncing a clown against the backdrop of the eerie night sky, bouncing on helpless people along the way. Bounce your way to the top score with our Killer Clown Chase cheats, tips and tricks strategy guide!

You get one point added to your score every time you bounce off a trampoline. Your clown moves pretty fast in the air, so make sure not to accidentally skip any trampolines. Even if they’re clumped up together and you can easily skip them, try to bounce off of each one to get as many points as possible.

2. Fly as far as you can with the bubble!

There is however one rule to the above tip. Occasionally you’ll see bubbles floating around the air, and if you grab them you can float your clown safely across for a couple of seconds. While in the bubble any trampoline you pass up is counted towards your score, so don’t be afraid to pass a bunch of trampolines.

Your clown has a bit of momentum to him. This means that when you lift your finger off the screen, the clown will keep drifting forward for a little bit. Make sure to lift your finger in anticipation of a trampoline so that you don’t overshoot it! The timing and physics of it feels a little slippery at first so try to get used to it as best as you can. Mastery over controlling your clown is the key to high scores!

You wouldn’t really be much of a killer clown if you weren’t bouncing on people, now were you? Occasionally as you’re bouncing around, you’ll see panicked people darting back and forth. It’s a little tricky, but if you can managing bouncing on them, you’ll earn five points for your troubles. High risk, high reward! Bouncing on people is a great way to get your score up, but if you’re just slightly off course it’s game over.

5. Don’t worry about the skulls!

The skulls don’t affect your score in anyway. They’re currency used to unlock new clown skins. The new clowns you can unlock don’t feel any different, they’re just new outfits. If you don’t care about new clown looks, then don’t bother going for the skulls. The skulls are often placed in tricky spots so going for them is usually really risky. If you do want to get new clowns but don’t want to bother with the skulls, you can watch an advertisement at the end of each run for 30 skulls. You can do this as much as you like.

That’s all for Killer Clown Chase. If you have any other tips or tricks to share, let us know in the comments below!