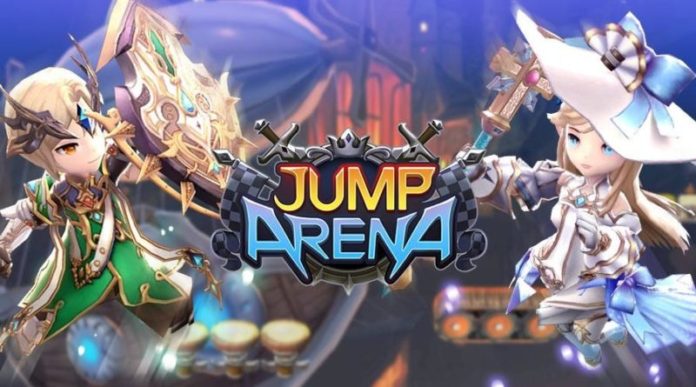 Welcome to the bounciest arena in the world! Jump Arena is a simple one-touch PvP platforming game. Go head to head with other players around the world to see who can reach the highest marker! Use special skills and items to bounce your way to victory, but watch out for obstacles that might slow you down! Our Jump Arena cheats and tips will show you how to jump for the win!

Jump Arena is mostly about your stats and pre-planning rather than the actual platforming itself, so let’s get into that with our Jump Arena cheats, tips and tricks strategy guide!

Grab all the freebies!

First things first! Before you start jumping around, you will need to collect all of the free stuff you can for the day. In the shop you can grab 4,000 gold for free once every twelve hours. Second, you can grab a free chest from the “Freebies,” and it opens immediately but it require a six hour cooldown. 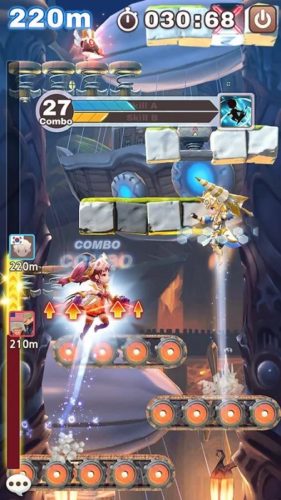 Treasure Chests contains lots of gold, diamonds, and even character accessories in them. The only thing that is costs to open them is your time, so be sure to start a chest timer before you start or stop playing the game.

Three chests are displayed at once, but you may only pick one. Brown chest are the most common, while blue and white chests are uncommon. Golden chests with that crown-like decoration are the rarest and contain the best stuff, so make sure you pick that one when you see it!

As we mentioned, Jump Arena is all about how powerful your character’s base stats are. Each character has one area that they excel at, but with enough upgrades they can be almost good at everything.

Upgrading your characters as much as possible is the key to winning lots of battles! Leveling up increases how good your character’s skills are and how high they can jump, so eventually battles will just boil down to whoever has the most upgraded character. 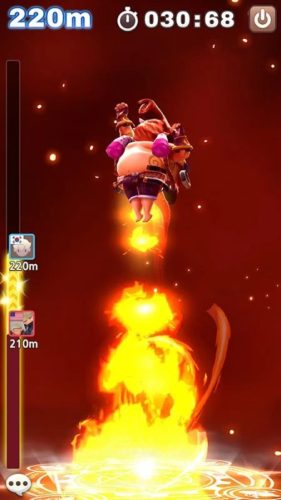 If we’re being quite honest with you, you can really win most of your matches in Jump Arena by just tapping as fast as you can. There are so many platforms that you will almost always make progress no matter where you jump, and the best way to win a match is to activate your skills as fast as possible, which means jumping a lot.

The only time you really need to watch out when you tap is when metal blocks are around. These blocks will send you back down if you hit them from below, so let your character move out of the way before you try to jump again.

Get your League plays in!

Playing a ranked match in the League is a different ordeal than regular matchmaking. Your wins and losses are taken into account and you are placed on a leaderboard. When the League is over (they only last a day or two) you are rewarded based on your position on the board.

You can play in League mode for free every four hours, and after that you will need to pay diamonds. Get your free plays in and make sure to keep at it so that your rank stays high!

That’s all for Jump Arena! If you have any other tips or tricks to share, let us know in the comments below!