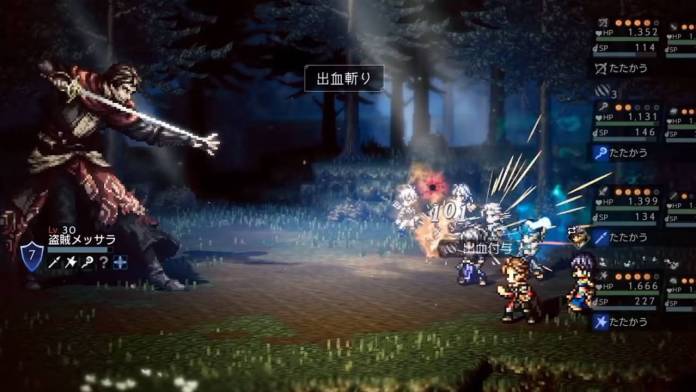 Octopath Traveler: Champions of the Continent, the second entry in the series published by Square Enix, is releasing soon, at least on Japanese iOS and Android devices, and a new trailer provides a new look at the game’s story.

The new trailer showcases the three different stories players will be able to experience as well as characters and more. While the trailer is only available in Japanese as of now, western players can still appreciate the excellent graphics that combine classic 2D sprites with 3D backgrounds.

Octopath Traveler: Champions of the Continent has yet to be announced for the West as of now, but chances of the game hitting our shores are pretty high, considering how the original Octopath Traveler did well on the market.

It did not break any record, but it was successful enough to warrant a Steam port, which definitely bodes well for the mobile sequel, also considering it features a similar art style and improved gameplay.

Octopath Traveler: Champions of the Continent launches on iOS and Android in Japan on October 28th. A Western release date has yet to be confirmed.