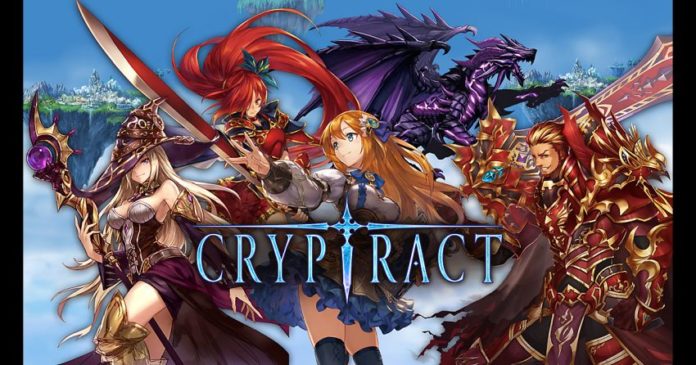 Cryptract is a fantasy JRPG that’s already enjoyed a long and fruitful life in the Land of the Rising Sun, where it came to iOS and Android in 2015. Downloads have since surpassed 12 million.

So far western mobile gamers had been unable to sample the game’s unique streamlined gameplay though. Until now.

If you’re a mobile gamer, chances are you’ve never come across Cryptract before. If not, here’s the lowdown.

The game is a strategy RPG in which you play as the ruler of a territory that’s been laid to waste by a mystical beast. You need to amass warriors and send them into battle to defeat an army of these beasts, uncovering the secrets of Cryptract as you make your way through the campaign.

These warriors all have one of five different attributes: fire, wood, water, light, and dark. Each attribute has its own strengths and weaknesses, so you need to pick your teams carefully. There are passive abilities, too, along with force skills and leader skills, all of which creates a dizzying number of tactical options to juggle as you devise your master plan.

The combat itself is slick and streamlined – you simply select your attack or skill and then select your target. All you need to concern yourself with is making the best choices, since every character has multiple attacks and skills to choose from.

Alongside the main campaign there are side-quests, which shine a light on the residents of Centrair, giving the game a dose of emotional substance as you learn what these unfortunate villagers have gone through. You might even shed a tear.

There’s multiplayer too, of course, and guilds to join, along with message boards where you can share strategies and socialize with your fellow players.

You can download Cryptract on iOS and Google Play right now.