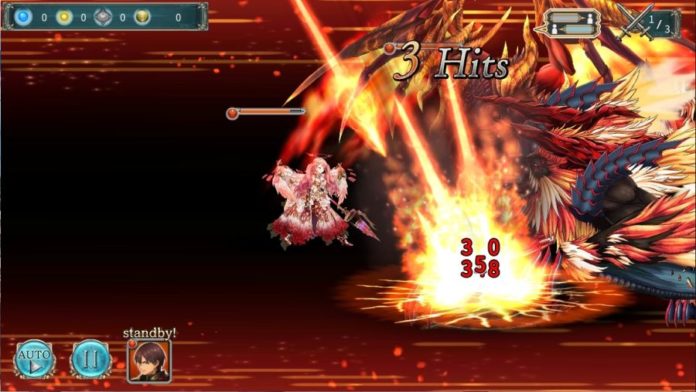 Despite its huge playerbase — one of the largest in the mobile gaming world — Cryptract has largely flown under the radar globally since its release in 2015.

Cryptract transports you to Centrair, a land ruled over by the Guilsanian Empire. However, the constant attacks by Mystical Beasts are threatening to plunge civilization into ruin. You and your chosen heroes must hop from quest to quest and battle to battle, saving the day whilst uncovering more pieces of Cryptract’s story.

Recurring characters you’ll bump into along the way — fully voice-acted in Japanese — include: Lise, your enthusiastic and book-smart secretary; Nadia, a wise witch who has a knack for turning up in the nick of time; Miguel Bach, a renowned commander from the empire’s fighting force; and Frose, the princess of Guilsania; among others.

If you love hero-collecting gacha games, you’re sure to find something you like here. There are over 600 heroes to collect, each given highly detailed, anime-style artwork. All heroes have a star rating, and a load of upgradable attributes.

They also fall into elemental classes: wood, water, fire, dark and light. These function in a rock-paper-scissors format, with each element having advantages and disadvantages against other elements.

Fans of JRPGs should take to Cryptract’s straightforward combat system like a paladin to an orc-bashing. Battles are turn-based, with your party on one side and your enemies on the other.

The controls are incredibly simple: just select the skill you want to use and the foe you want to target, and voila. There’s also an auto-battle option so the game can do some of the grinding for you — ideal for more casual players.

Begin collecting your library of colorful heroes in Cryptract, available for free on iOS and Android.