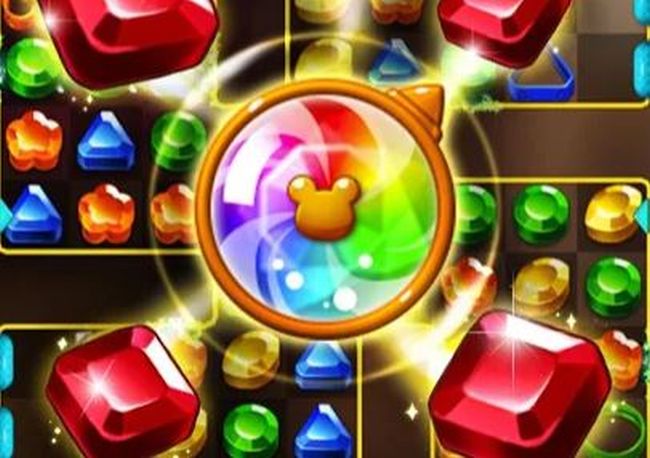 In today’s article we are going to explore all of the Jewel Magic Castle tips and cheats that we have discovered so far and share them with you, so that you can pass more stages easier and always try to finish with high score.

Similar to many other match three kind of games out there, Jewel Magic Castle is a fun game to fill in your past time when you want to relax and casually enjoy some levels, or if you are trying to challenge yourself to always pass as many levels as possible. No matter which one it is, you’ll have plenty of chances to try and advance!

So without further ado, let’s not waste another second and dive right into the Jewel Magic Castle tips and tricks right here below and teach you all that we know about the game and how to pass more levels!

The most important part of the game is to watch your moves and keep track of them, because that way you will never run out of moves! Since you automatically lose if you have 0 moves without having met the level’s goals, then you should calculate beforehand each move you want to make.

This won’t be as important at the very beginning, but soon enough you will notice that it will be a very big deal. In the later levels if you make one single bad move, you will have to end up restarting or to use boosts or try harder to pass the stage!

So in my opinion, the best thing you could do is to keep track of all the moves that you do during a level and try to not exceed the given number.

Make as many matches as you can

Your main goal should always be to make as many matches as you can with as few moves as possible. The best would be to make matches which consist of 5+ or 6+ blocks because they are some of the best.

Now if you have to choose between making matches to use up your moves and making good matches towards the level’s requirements, you should prioritize the level requirements of course because all of the extra moves that you have left will give you 1 special block.

So the conclusion from this is to try and make as many matches as you can, but follow the level’s requirements and not go crazy over matching using all of your moves.

When you match blocks in certain combinations you will be able to claim various boosts. You should always try to make special blocks instead of matching the blocks 3 pieces at a time. That is, because every match of 4+ pieces will give you some kind of special move:

– bomb: created by matching 6 or more tiles in a “T” or “L” formation. They destroy everything around them upon explosion on a 3×3 radius.

– butterfly: created by matching 4 or more tiles in a square formation. When destroyed, they take off towards a tile that you need upon achieving your level goal.

– rocket beam: created by matching 4 tiles in a row or column. You can tell what direction the beam will go in by the way it’s pointing.

– rainbow ball: created by matching 5 tiles. When you drag it towards a tile, it will immediately remove all tiles of that color.

I suggest that you try and match 2 special blocks together because that will create a much better boost, somehow combining the power of the two. So if you match a rocket beam with a bomb, the created boost will take down 3 rows and 3 columns completely!

Watch an ad to start a level with 3 extra moves

If you want to start a level with 3 extra moves for free, then all you have to do is watch an advertisement before you start the stage. It’s pretty simple, and this option will appear before every single stage, as long as you have the internet activated on your device.

I suggest that you don’t waste time with this early on, because for the first few levels you will be able to pass them very (VERY!) quickly, so it’s not worth watching an ad for it. Instead, when you are at higher levels which are way more difficult to pass, you should take the time and watch an ad to help you.

Every 15 Stars that you collect you will be able to claim a Reward Box which contains 2 boosters inside. The best thing you could do is to claim them doubled by watching an advertisement, because if you want to stock up on free boosters, this is a great way to do so.

You can easily farm a few Reward Boxes at the beginning because the first stages are very easy to clean with 3 stars, so I suggest that you open these and save up the boosters for later on when it will be difficult to pass the stages without using an extra helping hand.

After you finish a stage you will notice in the bottom right side of the screen an option which lets you get an extra reward box in exchange for watching an ad. This works just like the normal Reward Box, so if you want to double the rewards inside, you can watch another ad to do that.

The higher your score, the more Gold you will be able to claim from completing the stages. Usually the amount of Gold you get is not much anyway, but if you want to increase it (because it can be used to purchase boosters) then let me tell you a couple of ways that you can farm free Gold in Jewel Magic Castle!

– Watch Ads for free 120 Coins – this option will appear after you finish a stage, in the bottom middle part of the screen. If you don’t mind watching an ad to claim this, then by all means do it because it will be worth it.

– Watch another ad for free 200 Coins – for this you will have to head on to the game’s main interface, then open the Shop, and there you will see in the bottom left an option which lets you get 200 Coins for free! This option is available every 2 minutes.

– Watch yet another ad for +10 Coins free – After finishing a level you will see in the bottom left corner of the screen the option to watch an ad for an extra free 10 Coins.

These are all options which you can benefit from, if you want to get Coins. However, they all take watching an advertisement in order to complete, but as a f2p player it’s an easy enough way to get premium currency.

These would be all of our Jewel Magic Castle tips and tricks that we have for you right now! Do you know some more useful game tips and strategies that you would like to share with us? Feel free to leave them all down in the comments section below!