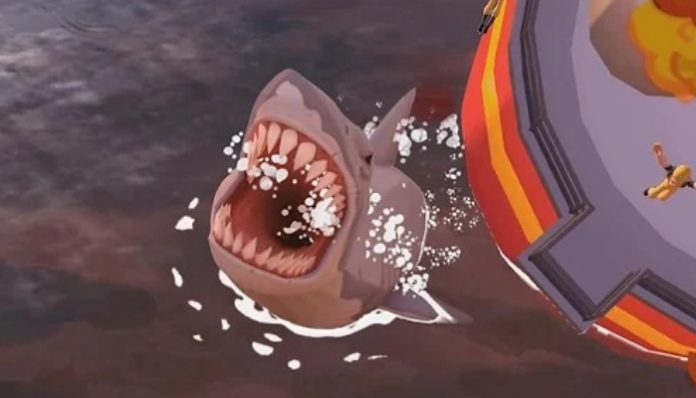 Once you hear that iconic music… it’s already too late! Even a bigger boat will not save you from the hungry terror that is Jaws! Jaws.io is a fast an fearsome multiplayer game where players compete to save swimmers… or eat them as Jaws! With simple one touch controls, anyone can jump in and become the great white himself! Our Jaws.io cheats and tips will show you how to become the ultimate shark!

Jaws.io is all about control and timing. With some proper maneuvers, you can become jaws for a long time and score a bunch of points! Let’s get started with our Jaws.io cheats, tips and tricks strategy guide!

When you first start a match, your boat is tiny and not very durable. If you were to take on Jaws now, he would eat your boat whole! Wander around the map looking for swimmers and other small objects. Collecting them is worth points, but you also grow in size and also you build up your super shot meter.

When your super shot is full and glowing, you can double tap anywhere on the screen to launch a powerful shot in the direction you are facing. If you land a power shot on Jaws, it will instantly defeat him and you will assume control! 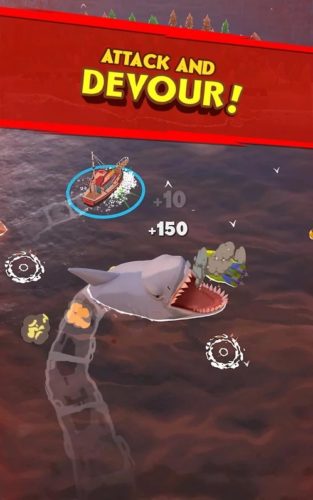 Stay low with Jaws when you first get him!

So, you have finally defeated Jaws and now you are playing as him. Time to go on a rampage, right? Not so fast there turbo! We know you want to unleash havoc on the other players, but it is best to pull back and lay low when you first turn into Jaws.

The reason being is that other ships will fire on you automatically when you are in range, and early-game Jaws is very fragile still. It does not take much for you to go down!

Instead, stay away from other ships for the time being and go snack on unsuspecting swimmers and other sealife. Not only does this help you grow bigger and increase your maximum health, you will also charge up your dash meter!

Use your dash to ambush and escape!

Jaws’ charge meter is the Dash. Double tapping will make Jaws quickly move in the direction he’s facing with a quick burst of speed. This can be used in a variety of ways, like ambushing and escaping.

If you see a group of ships close by, you can dash through them to eat them all in one-go. If the ships are ganging up on you and you need a breather, use the dash to make a quick getaway! 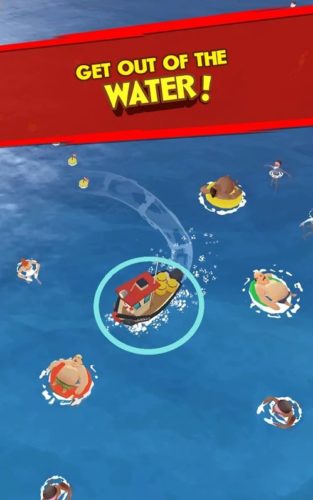 Sadly, you will lose Jaws eventually when your health runs out. The player who landed the last hit on you will then assume control of Jaws. They will start at the size you were at, so you need to stay on the offensive.

Stay close – but not too close – so that your ship auto-fires on Jaws to weaken him, while collecting swimmers and objects at the same time. Wait for your super shot, then make the final blow to get Jaws back!

It’s all about the points!

Remember, in the end, whoever has the most points when time runs out wins! You could theoretically not even get close to Jaws at all for the whole match and just spend the entire two minutes going around collecting swimmers and objects.

It is up to you! One thing to note is that sometimes other players’ ships will have a bonus indicator over their ships – if you manage to destroy or eat them, you will gain bonus points!

That’s all for Jaws.io! If you have any other tips or tricks to share, let us know in the comments below!