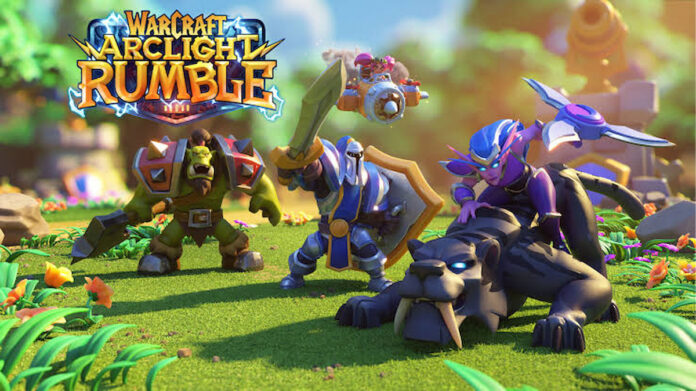 Warcraft: Arclight Rumble is a fascinating mobile action strategy game with frantic melee skirmishes, set in the Warcraft universe. The game brings collectible Minis to life to use in battle.

Combined with meaningful customization as well as progression, Warcraft Arclight Rumble brings a frantic mobile action strategy to mobile players. There’s a lot to expect in the game such as game modes and over 60 Warcraft Minis that can be collected.

In this brief article, we’ll be answering your question on whether Warcraft: Arclight Rumble is a co-op game or not. So without further ado, lets dive right into it.

The game allows players to play through an epically challenging set of dungeons, maps, and raids. Players have the option of battling against friends in PvP or teaming up with friends in Co-op mode. So yes, Warcraft: Arclight Rumble comes with a co-op mode that allows you to team up with your friends and revel in the mayhem.

And when it comes to winning, pretty much every Mini and hero you play matters. You can cast special spells like Blizzard and Chain Lightning to bring down your enemies and easily turn the tide of battle. Players can also exploit the weaknesses of their enemies by deploying ranged units against flyers or by using magic against infantry.

Warcraft: Archlight Rumble is definitely an action shooter worth anticipating, and it’s currently available for Pre-registration in the respective App stores.