Home Guides Is the Death Slinger a Good Killer to Use in Dead by... 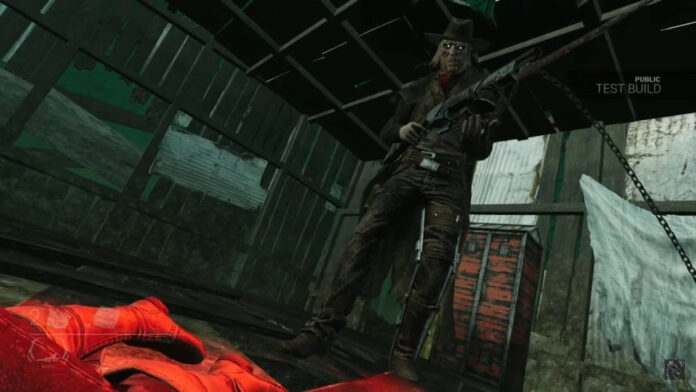 Behaviour Interactive has revealed the next chapter in Dead by Daylight Mobile, called Chains of Hate. This chapter brings with it new survivors, maps, and a new terrifying killer called the Deathslinger. This new killer looks like a long-dead cowboy who carries a modified shotgun which interestingly, can harpoon survivors and reel them in like fish.

Although survivors can struggle and attempt to free themselves against the hook, even if they manage to break free, they would sustain a serious injury. This also applies the Deep Wound status effect because survivors cannot be put into the dying state from a distance. Likely, it’s more like a safety measure to keep the Deathslinger from being too powerful.

Is the Death Slinger a Good Killer to Use in Dead by Daylight Mobile?

Deathslinger has a fantastic concept, but many players don’t think he will be deadly enough. Some have labeled him even weaker than the likes of Huntress, who is not limited by the Deep Wound status effect.

While the above is true, Deathslinger does have a very different playstyle than Huntress. He’s able to prevent survivors from going where they wish to go, which is a major factor of his strength. Being able to disrupt survivors from their initial routes will catch them off guard which leaves many survivors confused.

Players that specialize in playing the game with killers will most likely have a good time playing as the Deathslinger as he has the potential to be strong, effective, and a formidable killer in Dead by Daylight Mobile.