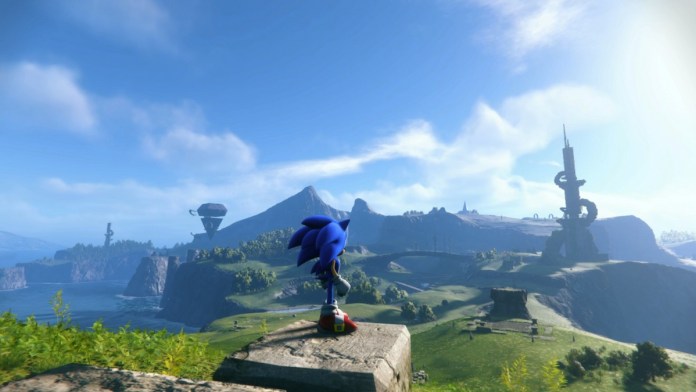 Sonic Frontiers has become one of the most anticipated games of 2022 after it was announced at The Game Awards 2021 along with a reveal trailer.

The showcased trailer appears to have put the game in a mixed reaction situation but all positive as a lot of fans still don’t know if the game will be an open-world game or not.

The trailer shows our favourite hedgehog, Sonic, speeding through a massive world as he tries to get away from some kind of enemy that is just as fast. From the looks of the trailer, it is an action-adventure game.

However, SEGA are calling it an “open-zone-inspired” game that merges Sonic’s famous and iconic zones with open-world mechanics. The events of Sonic Frontiers will take place in Starfalls Islands, a whole new setting that comes with various landscapes such as waterfalls, deserts, and forests.

Sonic Frontiers is an open world game and is set to be the first in the Sonic franchise to feature open-world gameplay mechanics. The developers hope to redirect the character in a whole new to fit the next-gen consoles come 2022.

The game will also be a 3D Platformer that will see players exploring Starfalls Islands with Sonic. The Island has so far been compared with that of The Legend of Zelda: Breath of the Wild on Switch.

Sonic Frontiers is set to be the first open-game for the Sonic franchise and is scheduled to launch on all major platforms in 2022.

The forthcoming year will be a big one for the franchise as the acclaimed Paramount Pictures ‘Sonic the Hedgehog’ movie is also getting a sequel that’s set to release on April 8, 2022.