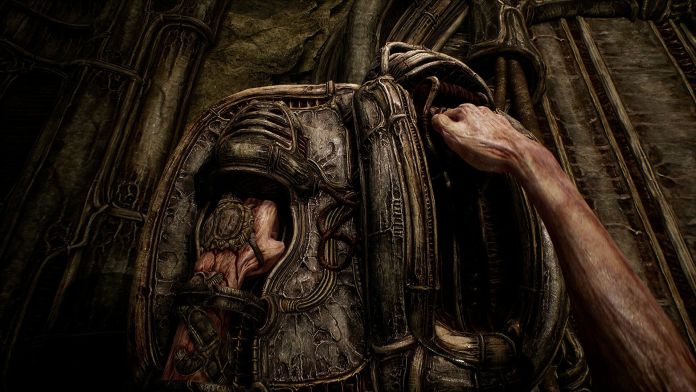 Players can explore the game’s unsettling maze-like lands and experience true desolation in a realm that hides secrets, weapons, and a variety of items that will aid them on their quest. However, is Scorn available on Xbox Game Pass? Let’s find out!

Microsoft’s Game Pass selection for October 2022 has been superb so far. Players have been able to enjoy riveting titles like Chivalry 2, and Medieval Dynasty and are set to receive another day one game which is A Plague Tale Requiem in the coming week.

And although Xbox Game Pass subscribers can’t the Plague Tale sequel just yet, many of them are very excited to get their hands on Scorn, a morbid and grotesque horror game that’s currently available on Xbox Game Pass.

However, it’s worth noting that Scorn is only available on Xbox Series X/S, so you won’t be able to play the game on Xbox One. PC users can get the game from Steam or the Epic Games Store.

You can play Scorn for free by subscribing to Xbox Game Pass for £7.99 a month or £10.99 for the Ultimate subscription which also comes with a free EA Play membership on console as well as Live Gold that’s valued at £6.99 a month.

Below are the requirements for running Scorn: