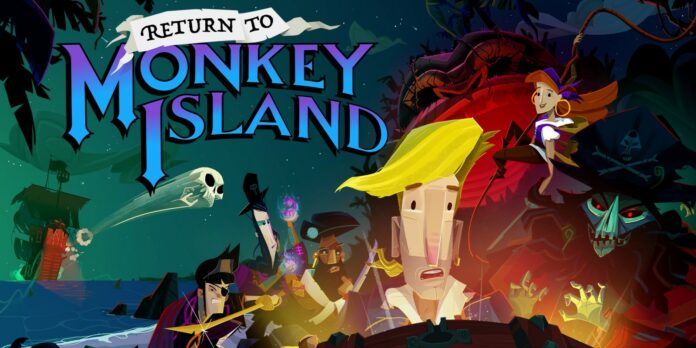 Monkey Island is a hugely popular series of point-and-click adventure games. The plot of the game tells about the adventures of Guybrush Threepwood. Players had to solve various puzzles, interact with other characters, and much more to progress through the story. And in this guide, we will tell you if Return to Monkey Island will come to the Playstation.

Is Return to Monkey Island Coming to Playstation?

The long-awaited sequel to the Monkey Island series is finally here. Return to Monkey Island became available to players on September 19th. You will once again take on the role of Guybrush Threepwood. Players will explore the secrets of Monkey Island and solve many puzzles.

To progress through the story, you will have to look for different items, combine them and use them in the right places. Also, the game has several new features that will make the game easier for players. Therefore, we can confidently say that players will have an unforgettable gaming experience.

The game was released on September 19th for PC and Nintendo Switch. So you can already buy it. However, unfortunately, at the time of release, the game is not available for other consoles, namely Playstation and Xbox. Even though several previous games in the series were available for these consoles, Return to Monkey Island was released only for PC and Switch. Perhaps in the future, the game will be ported to the Playstation. But the developers did not say a word about it. Therefore, we should only hope for a miracle.

Is Return to Monkey Island Coming to Playstation? – Answered