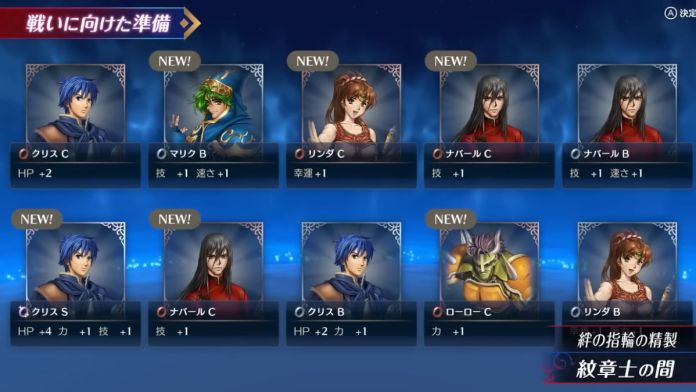 With Fire Emblem Engage’s western release just around the corner, Nintendo of Japan released a few more preview videos for Fire Emblem fans to sink their teeth into. Though the footage was very exciting, there was a new mechanic that looked similar to a gacha pulling mechanic, which got fans worried. Today, we’re here to answer the question: Is Fire Emblem Engage a gacha game?

During the latest Japanese preview for Fire Emblem Engage, there’s a new feature that allows players to spend a special currency to summon cards that are based on heroes from previous Fire Emblem games.

The cards that you get are seemingly random, and you can pull either a single card or a batch of 10 cards. The special currency you need are Bond Fragments, obtained from completing various activities in the game.

These cards can be affixed to your Emblem Rings to grant them small stat bonuses. From the preview, we’re talking like single-digit stat boosts, so at first glance, it doesn’t seem like anything too major.

Sounds familiar, right? This system is pretty much lifted straight out of a gacha-style mobile game, where you roll currency to get random items. Rightfully so, the reveal of this mechanic has left many players confused and worried.

The most obvious concern is that players will be able to purchase Bond Fragments using real money, and they’ll basically be able to pay to grow stronger quickly.

Thankfully though, GameXplain’s recent preview video of Fire Emblem Engage stated that it’s actually very easy to collect Bond Fragments, as you can earn them by completing various in-game achievements.

Related | Will Fire Emblem: Engage Have Romance and Marriage? – Answered

That makes us optimistic in the sense that if Bond Fragments are easy to get in-game, then there shouldn’t need to be an option to purchase them with real money.

So yes, Fire Emblem Engage will have a gacha mechanic, but its significance has yet to be determined. That is not to say that we would consider Fire Emblem Engage a gacha game as a whole, as this seems to be a small factor of the overall game play flow.

We’ll know for sure when the game releases proper in a few weeks. Until then, if you have any questions or insights about Fire Emblem Engage’s gacha systems, let us know in the comments below!