Home Guides Is Cocoritter Good in Tower of Fantasy? – Answered 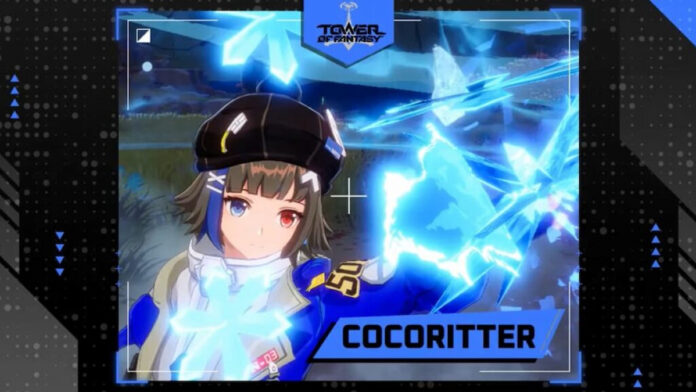 Tower of Fantasy is a brand new open-world MMO gacha game that takes you into the sci-fi world of Aida. The game is set hundreds of years in the future on a beautiful planet with many unique characters to choose from.

You will be able to experience an anime-inspired post-apocalyptic sci-fi art style, freeform character development, and exciting combat through thrilling battles and exciting open-world exploration.

So in this article, we’ll be talking about Cocoritter, one of the best characters in Tower of Fantasy and telling you just how good the character is in the game.

Is Cocoritter Good in Tower of Fantasy? – Answered

In this game, you can take control of some pretty fascinating characters as well as Simulacra in thrilling and fast-paced combat. Cocoritter is one of the Simulacra you can unlock.

And if you’re not familiar with this character, Cocoritter is a Simulacra that is often too trusting, and this often leaves her vulnerable and gets her into trouble. However, she easily makes up for her mistakes with a determination to use her healing abilities to save everyone around her. One of the most noticeable things about Cocoritter is her two different eye colours.

Although Cocoritter’s full array of skills isn’t known yet, but the game developers have teased her kit in a short gameplay clip via the game’s official Twitter page. Cocoritter will seemingly utilize a mix of healing, ice, and even lightning attacks.

These include single-target abilities and AoE attacks as well. Also, her attacks also give her a good range of mobility. Additionally, her kit might even seem overpowered, because it allows her to crowd control enemies for as long as she wants providing she has enough stamina.

Cocoritter can lift a target into the air and effectively stun them. This is actually a true combo where the only means of getting out is to dodge right before the attack triggers.

With that said, Cocoritter is definitely a good character to have in Tower of Fantasy and she will most likely be unlocked via the game’s gacha system. But do keep an eye out on the Tower of Fantasy official Twitter page and in-game announcements.

Is Cocoritter Good in Tower of Fantasy? – Answered