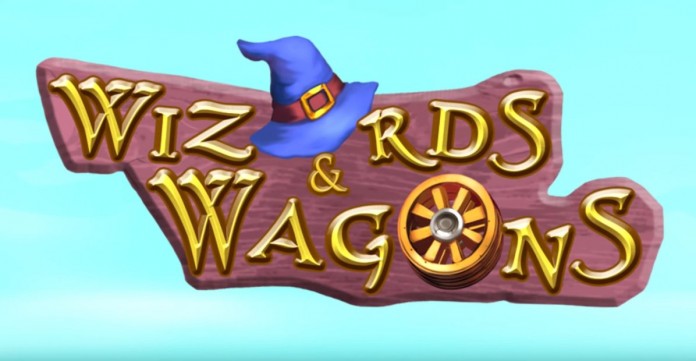 Touch Dimensions, the folks behind the popular Autumn Dynasty on the App Store are giving it a try with a brand new type of game in Wizards and Wagons, a unique mixture of genres and concepts that’s got me pretty much intrigued. This is the type of game you have to put on your wishlist and play as soon as it hits the App Store!

In Wizards and Wagons, you play as the Hero who managed to save the world, defeat the Demon Lord and is now… out of a job! And since Heroes have to put something on the table too (and they’re apparently soon forgotten), he gets a small wagon and gets into the trading business. But, you see, in a fantasy land like the one in Wizards and Wagons, trading is not that easy, so you’ll have to combine strategy with skill, upgrades and maybe a bit of luck to make it to your next destination.

This game is part Oregon Trail, part Tower Defense Game, part Top Down Shooter, part RPG – in other words, an amazing mixture of concepts and an overall innovative game you can only be extremely intrigued with. Guess I said that already, so let’s check out a trailer to see exactly what it’s all about:

We have no idea if this is going to be a freemium or paid game – but either way, it sure looks interesting (and a bit on the freemium side, actually). The game is close to entering its Beta stages, which means that we’ll get the chance to play Wizards and Wagons sooner rather than later. Yay for that!