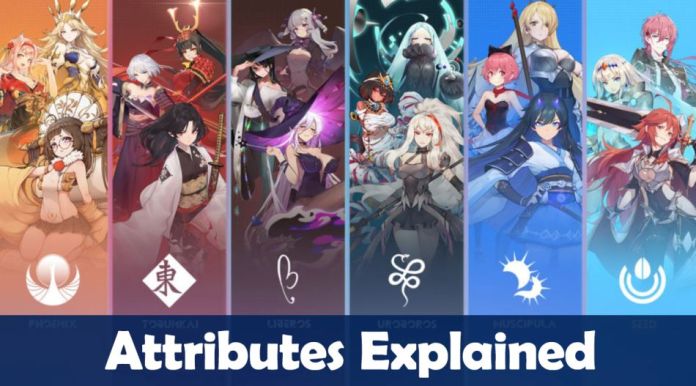 If you want to know what all of the stats and attributes mean in Illusion Connect, you came to the right place. Below I will give you a complete breakdown of all the stats in Illusion Connect, so you can get a better understanding of the game. By explaining all of the stats, you can better gear up your units and pick heroes that have specific attributes, depending on the situation.

But before we dive into the article, make sure you take a look at our Illusion Connect tier list and stay up-to-date with the latest posts about IC! So, without further ado, here are all the attributes in Illusion Connect and what they mean:

HP: Health – the total health pool of a hero. When HP reaches 0, the partner will die.

ATK: Attack – the damage a partner deals when they attack an enemy.

DEF: Defense – the damage that will be resisted when being attacked by an enemy. Defense works against normal Attacks.

Speed: Speed affects the order of actions. This is especially obvious in PvP and in the Ten Saints Tournament. The order in which a partner attacks also depends on Speed.

HP Ratio: This stat will increase the basic HP by a percentage. For instance, 3% HP Ratio = +3% maximum HP.

ATK Ratio: This stat will increase the ATK stat by a percentage. This takes effect when calculating the base damage.

DEF Ratio: This stat will increase the DEF stat by a percentage. This takes effect when calculating the base damage. (the total damage that will be mitigated)

Crit RES Rate: This stat will deny enemy critical rates. It works as an anti-critical rate or Crit Null. For instance, if somebody has a 30% Critical Rate and the opponent has a 15% Crit RES Rate, the effective Crit Rate of the attacker will be 15%.

Crit Power: Crit Power will increase the damage an attacker does when landing a critical hit.

Block Rate: Increases the chance to block some damage from the attacker’s hits. It will not deny a hit, but reduce some of the damage from it.

Block RES Rate: Reduces the target’s chance to block an attack. It basically denies the opponent some of their Block Rate. (call it Anti-Block Rate)

DMG Rate: Increases the total damage dealt by a percentage.

DMG RES Rate: Reduces the damage taken by a percentage. This works hand-in-hand with Block Rate and Block Power, to successfully mitigate a lot of the incoming damage (especially for tanks).

Heal Rate: As the caster, when healing effects are triggered, increases healing done by a percentage. This stat works on Healers when casting their healing skills for the teammates. It is not effective for Lifesteal.

Recovery Rate: Increases healing taken by a percentage. This works similarly to the Heal Rate, except the effects of the heals are increased when BEING healed (so it could be effective on tanks). It could also buff the healing received from Lifesteal. (I am not 100% sure on that, so you’ll have to help me figure it out)

Lifesteal Rate: Restores HP equal to a percentage of the damage dealt to the enemy / taken by the target. So if you have 5% Lifesteal and attack an enemy, you will heal for 5% of the damage your partner deals to them.

Reflect Rate: Reflects a percentage of the damage taken back to the attacker. It works both with normal attacks and skills.

ATK Reduction: Reduces attacker’s ATK when attacked (I know – it’s a mouthful). It reduces the enemy unit’s attack when they attack your unit (that has ATK Reduction). It is an effect that basically applies at the moment, and works for the current attack only.

DEF Penetration: When attacking an enemy unit, it will drop the target’s defense for the current attack only (not for the entire fight).

Effect Power: Increases skill effectiveness – Basically it is a “flexible attribute” that works both offensively and defensively, as follows:

– Increases the damage over time from Poison or Burn
– Increases the Healing (done by Healers) and Shielding power (from units that grant shields)
– It also increases the duration of CC, such as Stun and Silence

Leader’s Rage: Leader’s Rage starts at 0 in every battle and will be affected by every action, damage taken, time, or partner deaths. It caps at 1000.

Partner’s Rage: Partner’s Rage starts at full in every battle and will be affected by every action, damage taken, time, or partner deaths. It caps at 1000.

These are all the attributes in Illusion Connect. Is there anything else you’d like to learn about the game? Let me know down in the comments section below and I’ll make sure to get into it!