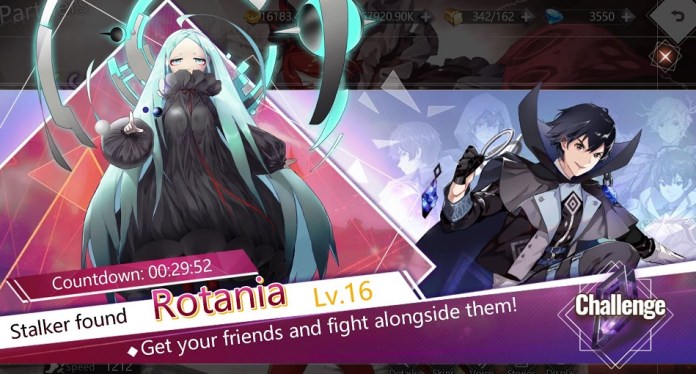 The latest event in Illusion Connect is Cooperative Engagement, and it’s quite a unique one if I may say so. And just like for many other events in the past, I am here to shed some light on it and break it down, so you can get a better understanding of how it works.

I’ll start off by saying that although the Cooperative Engagement event is marketed as a co-op event, in reality it’s the total opposite. If you want the best rewards, you should try do finish it on your own, because otherwise you might not get the goodies. That’s right, the word cooperative is not exactly on point.

Use the quick links below if you’re interested in a specific topic regarding the event:
– Event period
– Basic mechanics
– What units to use/Recommended lineup
– Boss HP per stage
– How to spawn the boss
– Co-op: yay or nay?
– Event rewards
– Adding extra boss tries: is it worth it?
– Other tips

If you want to learn more about the game, make sure you check our other Illusion Connect articles!

The Cooperative Engagement #1 event begins on January 9th and it lasts for a week, until January 16th. (finished now)

The Cooperative Engagement #2 event begins on January 25th and it lasts for a week, until February 1st. (currently running)

In this event, players will be able to challenge Fenebeth in a guild boss background (not for the actual guild boss, it’s just the backdrop from the guild boss battle), and the mechanics are pretty similar.

It’s one boss, that you can attack using all of your units, and who will fight back using her skills (depending on the boss).

– If you won’t succeed at killing her within the given time, you can add a friend/guild mate to help you out, or try again by yourself. I would suggest the latter, and you’ll see why.

– The boss will get increasingly stronger, the more you encounter her, up to lvl 70.

– If you do invite a friend to help you out, you will both get Coins, no matter if only one of you deals damage to the boss. However, to actually just join the lobby for the boss, you need to use one boss try attempt.

– Every day you will get back 5 free tries, and you progress will not reset.

The game recommends that you use Yume, Anna, The Enforcers, Nicola and Miyuki, because they will deal extra DMG. However, I would suggest that you use your strongest party, since I doubt anyone has a maxed Yume/Enforcers at this point in the game.

Leader: The Nightmare Hunter Leader is a great choice in terms of Leader, alongside other powerful single-target assassins.

Why Miyuki?
– If you have Miyuki, you will be able to constantly drain The Boss’ Rage, which means even at the later stages of the game she won’t be able to cast her skill and kill your units.

Why Nicola?
– If you deploy Nicola, she will decrease The Boss’ DMG Res Rate, and that’s a very easy way to kill her faster. Deploy Nicola first, so all the units that you put after her will deal more damage.

Nightmare Hunter Leader + Hersey / Maki / Gigi (if you got her maxed out) / Miyuki / Nicola / Kasumi / Hachi Shiki / Pan – basically you want a party that has crazy single target damage, and an additional Nicola (for the DMG RES Reduction debuff) and Miyuki to constantly decrease the boss’ Rage.

Thanks to Alex5ch for the image!

I guess the team should look something like this – I don’t have Kasumi (or even upgraded Attackers) so if you do, feel free to replace Gigi with her, and Hachi with Rie.

This is my lineup, and it works great for clearing all the stages. However, in the higher lvl stages, I need to challenge her twice, since she’s got a lot of HP.

I believe the level of the Fenebeth you will encounter is random, and the maximum one is level 60. Here are the levels me and my friends have encountered so far. Feel free to comment down below if you encounter her at a different level, so I can complete the list!

(Thanks to rvm1975 and baselikon for some of the info)

It seems like they’ve finally changed the rewards, so the host can get the better rewards now – it’s finally worth it to share the boss with others as a host. (without feeling ripped off)

How to spawn the boss

Encountering the boss is random – you can spawn her during any instance that requires stamina:

With the rewards being changed now (host gets the better rewards) it’s finally more rewarding to share the boss with others and ask for help. This will definitely feel more of a co-op event rather than a single-player event.

The rewards for this event go hand in hand with the Perks -> Engagement Redemption rewards. But, not all of them are worth it. I’ve broken down the most important ones that you should redeem, in order:

The rest you can get as you please, but try to focus on these first.

Other rewards include random champion shards, as well as partner Shards.

After the first 10 (free) tries, you will receive 5 free tries per day, but you can buy more using Diamonds if you run out. I would suggest getting more only if you try to complete all the fights alone and only buy as many as you need (don’t buy ahead of time, because you might not use them at all, and that results in wasted Diamonds).

Is it worth buying tries?
It’s definitely worth spending your Diamonds on extra tries. You want to kill the boss on your own (whenever possible), so you could look at it as an investment. As for buying all the tries ahead of time, don’t do it! – you only want to add tries only when you need them, so don’t buy ahead of time!

– Try to use all your daily Stamina on trying to challenge as many Fenebeths during the day. It’s definitely worth it.
– Do not buy extra attempts with Diamonds ahead of time – you might not need them.
– You should try to challenge the boss solo because that way you’ll benefit from all the rewards.
– Going with alts won’t make a huge difference, because chances are your alts won’t encounter only low lvl Fenebeths for start, which won’t give you anywhere near decent rewards.
– You should always try to deploy your strongest units, without fearing that they’ll get Fatigued or so. Do your best to kill the boss on the first try!
– The 4500 Coins item will be used sometime in the future for forging a UR item. At this point in time, I don’t know what that UR item’s effects will be.

These tips would conclude my Illusion Connect Cooperative Engagement guide! Is there anything else you’d like me to cover about the game? Leave your comments down below!