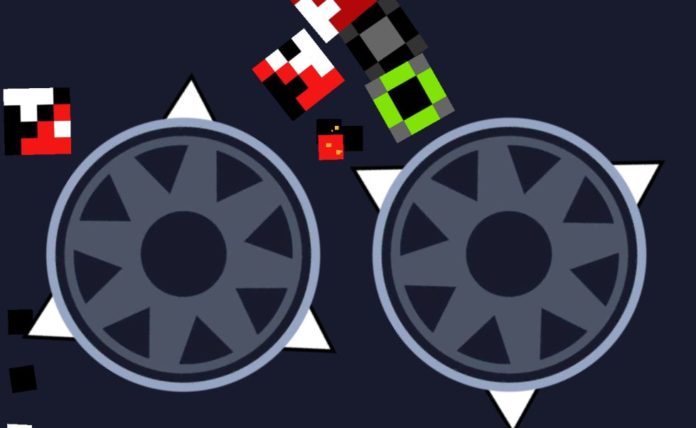 Idle Pixel Crush is an interesting idle game created by VegaPixel and available on Android platforms. The game throws you straight into the gist of things without any real instructions on what to do. Even more, most of the upgrades don’t have a description so you’re mostly by yourself when it comes to figuring out the game.

However, our Idle Pixel Crush cheats and tips: a complete strategy guide for the game will help you learn the basics (which don’t really take a lot of time of actual gameplay), as well as give you some instructions on what to do next in order to get the most out of this great game.

So if you want to progress faster and play the game better, read on for some Idle Pixel Crush cheats and tips below! 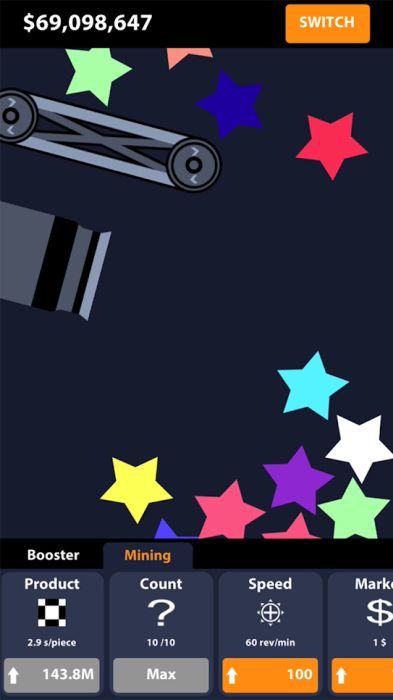 And although it should be purely aesthetic and based on your own preferences, I have the feeling that it’s actually better to either keep the default setting (the various game-shapes) or the Star shapes, as these result in money the fastest.

I didn’t really spend time to test this over a period of x minutes, but I still strongly feel that some shapes are better than others. But if they are, it’s probably not by much.

Upgrades Are Your Friend
Obviously, you will want to unlock and level up as many upgrades at the bottom as possible. But since they are really expensive and many available, you are probably wondering which should you focus on first.

It all depends on the money you have on hand, but I believe that one of the best upgrades to focus early on is the Market one. This increases the amount of money you get for each pixel and therefore you should focus on it for a while.

Next, you should unlock new products – get to 4 ASAP in order to have a constant flow and keep everything working nicely. 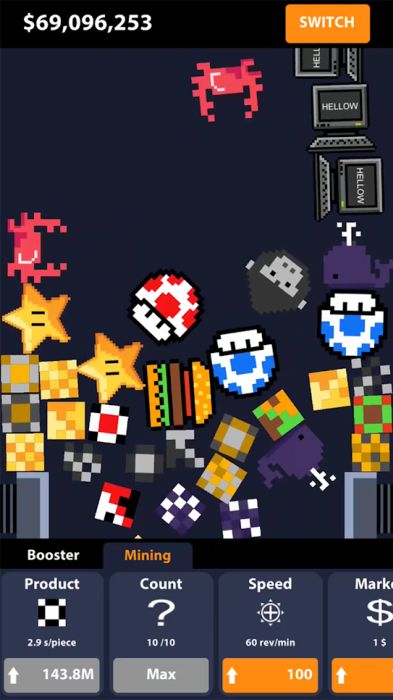 The order of the following upgrades is not as important, but you should try not to be left behind in any area. I personally added a few level of Product speed and extra Tooth level ups, but soon you will have to work on the speed of the iron hands and their height in order to keep everything running smoothly. But the focus should definitely be the ones mentioned above.

Basically, you will have to keep an eye on how crowded any of the areas of the game gets: if the spinners get crowded, add extra teeth or speed to them. If the area above gets crowded, increase the speed of the smashers and add some extra height. If everything looks nice in both areas, focus on the Market Price, new product upgrades and the product speed. Easy!

The Bonus Button the Appears and Disappears
Every now and then, you will notice a “Bonus” button that appears in the upper right corner. That gives you the option to watch an add for some instant money – make sure you take advantage of it every now and then as the amount received is really good and grows over time as you expand your pixel smashers!

Enabling Super Mode & Extra Income
At any time during the game, you can also unlock the Super Mode and Income X2 boosters from the bottom menu. However, I don’t really feel that they are that important on the long term.

In order to unlock each, you have to watch a video ad. But since there’s no real rush and the boosts are not truly impressive as the first one lasts 15 minutes and the second one just 5, you are best not wasting your time with these. 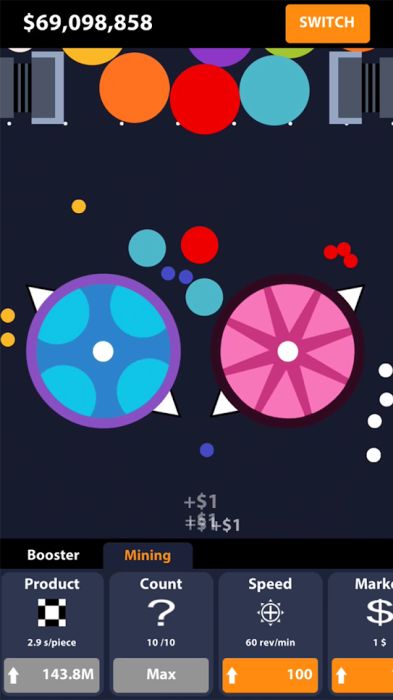 However, you should take the offer to watch an ad and double your income after spending some time away from the game, especially if it’s been a long time since you last played. That’s a lot of instant money!

You Can Play the Game without WiFi
In case you don’t want to be bugged with the otherwise non-obtrusive ads in Idle Pixel Crush, you can completely play the game with your internet turned off. This will remove the top advertisement, but also the option to double your earnings, get the bonuses or boosts.

Remember that these ads also help the developers of the game pay for the bills, so consider keeping your phone connected to the internet if possible. This is not one of those games that bombards you with ads and the ones you get actually give you boosts in the game!

This would be all that we have for you right now in terms of Idle Pixel Crush tips and tricks! Do you have extra advice for fellow players? Let us all know by sharing your comments below.