Idle Castle is an old school idle game available exclusively for Android devices. Created by Aviador, the game challenges you to build an ultimate castle and keep expanding. And we’re here to help by sharing a bunch of Idle Castle cheats and tips in our complete strategy guide available for free below.

The game’s descriptions says it all about what this game that’s under constant development is all about:

“As a lord with great ambition and fertile land before him, you plan to start your own settlement. Starting from scratch your ultimate goal is to build well prospecting kingdom with magnificent castle. You need to explore many regions and different buildings to reach your goal.”

Now let’s see how to bring that magnificent castle to life by checking out some Idle Castle tips and tricks below! 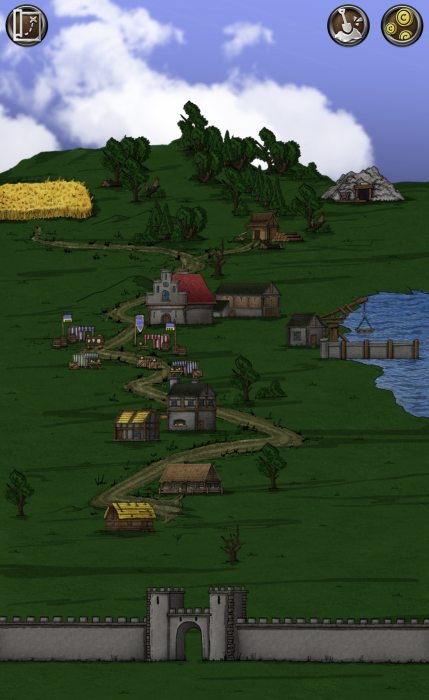 Double Your Idle Income
Definitely the best way to get a huge boost of money after spending some time away from the game is from doubling your offline income. You have to watch an ad for this, but if you spent at least a couple of hours away from the Idle Castle Android game, it’s definitely worth it!

So make sure that you watch these ads as often as possible in order to get more money instantly and build up your kingdom easily.

Double Your Income per Region
You can also watch ads to double your income in each region that you have unlocked. You will only get the double income for 1 hour per ad watched per region, but you can watch multiple ads in order to get the boost for longer amounts of time.

However, since your best money making region will most likely make a lot more than the second placed, it’s usually easier and a better idea to simply double the income earned by that region alone.

But if you have a bit of time on your hand, it doesn’t hurt to double the income to as many regions as possible. It also helps the developer of the game, so it’s a win-win situation! 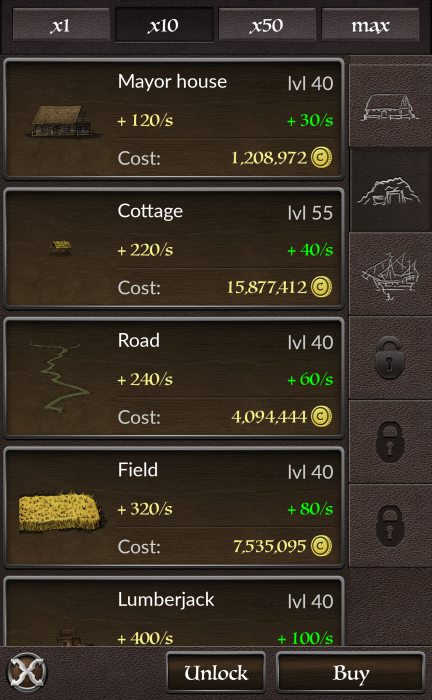 Reset Your Regions
Like most idle games out there, Idle Castle also allows you to reset your progress and start over. However, in this game’s case, you can do it whenever you want (or never) and the reset goes on a per-region basis.

This is a good thing because you will get a boost to earnings from the first regions that you have unlocked, while still getting massive money from the later regions (and being allowed to build them up).

You should find a balance between opening new regions and working on them and resetting a region. The best time to reset a region is, in my opinion, after spending some time away from the game. This way, you will be able to build it back up to the level it was before the reset and it will make a lot more money for you.

Tap for extra money
There is an endless clicker mechanic in the game as well and you can access it by tapping the coins icon in the top right corner of the screen.

However, the revenue generated by your taps is a bit low – if you tap constantly and get the earnings boost, you will earn per tap about the same amount that your best region produces per second. Not a lot of money, but definitely better than nothing and helpful if you have nothing else to do…

In order to activate this cheat, force quit the game, turn off the internet on your Device and go to your phone’s settings. From there, set the time a few hours ahead, then log back in to the game. You will be allowed to collect the money generated as if the time has passed in reality. Rinse and repeat.

This would be it! These are our tips and tricks for Idle Castle right now. If you have some extra strategies to share with fellow players, don’t hesitate to let us know by commenting below.