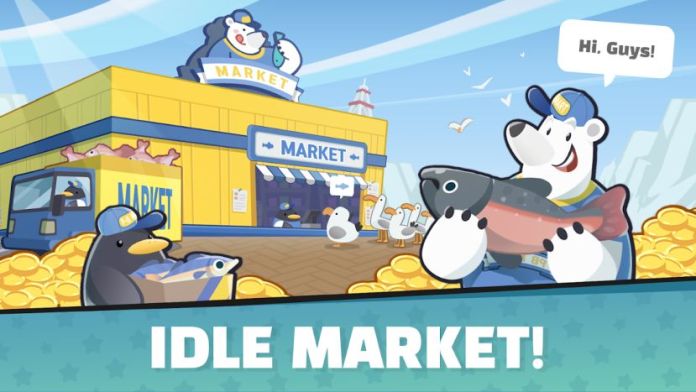 Idle Bear Market is a brand new idle mobile game that puts you in charge of managing an ever-growing animal market. We’re here to help you get the most out of the game with the help of our Idle Bear Market tips and cheats in the guide below.

Progression in this game is pretty much linear and there’s not a lot of strategy involved here, but the game itself is really well done and addictive, so we might as well do our best to progress as fast as possible and make sure that we’re doing everything right.

With these in mind, here are some Idle Bear Market tips and tricks to help you get started:

Find the balance between production and sales

While your main goal in the game is to unlock as many markets as possible to have the penguins produce as much as possible, you won’t get far if you don’t find the right balance between all the cogs in the mechanism.

This means that having maxed out production lines alone won’t help much: you need to also have a large enough truck capacity to collect all those goodies, then have a high enough shop in order to be able to sell all the products you have collected.

This means that, while your top priority is that of increasing production as much as possible (because the more you have, the more you can sell), you have to micromanage everything and make sure that you don’t go overboard in any of the categories.

To help you with that, the Idle Bear Market game has a handy tool in the lower left corner: a graph that shows you how much you’re producing per second, how much your truck can carry and how much of that can be sold.

I found that particular graph to be pretty much unreliable – at times, it shows me that everything is peachy, even though I have more production that carry or sale capacity, but it’s a good start and an important thing to keep an eye on.

As soon as it starts blinking red, it means that you have at least one of the three sections to fix: always start by improving your production rates (those numbers keep piling up and you WILL sell them eventually), evening them up with the truck and sale capacity.

Upgrade to reach the milestones

An important thing to have in mind when upgrading, is that whenever you reach a specific level, you hit a milestone that doubles the effect of the thing you’re upgrading.

For the goods producers, this means double production, for the truck – double transport capacity and so on. Have this in mind and plan your upgrades accordingly, as reaching a milestone can help a lot – either with production or evening things up in terms of carry capacity and/or sales.

There are various boosts that you can activate in the game in order to speed things up a little bit and you should always have at least one active.

The easiest to keep active at all times is the ad boost: you can watch an ad to double the production and everything else in the game for four hours, which can be extended several times to allow you to have an almost-permanent boost of this kind.

You can also win (or buy) other boosts that will be activated instantly, offering various multipliers for various periods of time.

Hire and use the best staff for the job

Having to tap everything in a region in order to activate production, transportation and sales is not very lucrative, but fortunately you have some polar bears to help: the in-game staff.

The staff not only automate everything for you, but they will also allow you to activate their skill which will increase the speed of everything in the game for a short while. You should use that skill as often as possible.

The rarer the staff, the better the effects of their boosts, so you should always look at the cards that you have collected and use the best staff in your most advanced regions (as that is where you will be producing the most).

Have in mind that upgrading your staff once you collect enough cards for that costs diamonds, so don’t rush to spend them all elsewhere – you’ll need some for the upgrades themselves!

Tap the map icon in the lower right corner of the screen to see the map – that’s where you can launch the minigame which will reward you greatly, based on your in-game performance.

There, you will have to launch your ship’s anchor to capture one of the many goodies available there, all culminating with you being rewarded a treasure chest when the area is cleared.

The good thing about the minigame is that, although you have a limited number of tries (with more replenishing as time goes by), you are not charged energy for missing a shot: so there’s no pressure on you. Just take everything methodically and clear those stages for top rewards!

The Magnet is your friend

The Idle Bear Market minigame that you can an should play constantly also has a magnet hidden under one of the things you can collect in the game itself.

There’s no way of knowing where the magnet is, but once you have uncovered it, make it your goal to collect it and nothing else, as collecting the magnet will automatically clear the stage, giving you all the goodies that are left in the ocean.

Check out the VIP customer

It took me a while to notice the little fellow, but you have it there, every now and then, right next to your staff: the VIP Customer.

This is basically an offer for you to watch a video ad and receive a bunch of coins in return. This is based on your current stage in the game, so you will always get a really nice amount of money for watching the ad. Take advantage of this when you need just a bit more for your next set of upgrades!

Catching anchovies and selling them is fun, but you will want to move on to something else: this will be done from the game’s map, whenever you have enough money to collect to move to the next region.

You’ll basically start from scratch, with other challenges to complete and a new empire to build using all the tips that we shared above. Have fun!

These would be our Idle Bear Market tips and tricks for now. If you have additional advice for fellow players, advice that would make this guide even better, don’t hesitate to let us all know by sharing your comments below.