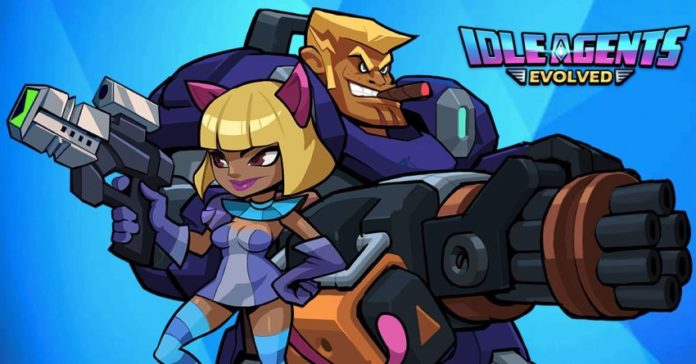 Idle Agents: Evolved is a brand new mobile game that tries to borrow the Idle Heroes formula and deliver some idle RPG gameplay to the masses, with tens of interesting heroes and battles to be won.

In today’s article, I will share with you a complete Idle Agents guide: tips and tricks to help you build the best team and have a ton of fun in the process. You probably know the basics already if you’re playing Idle Heroes already (or any similar game), but it never hurts to learn some more.

So let’s not waste a single second and instead let’s check out below our Idle Agents tips and guide for beginners!

Your main team will be shaped up by the 2nd day

If you want to play this game as a free to play player and you’re just starting up, don’t invest too many resources in the first set of heroes that you get.

Do go as far as possible (especially in the main campaign) in order to increase the unlock rates, but know that it will be your second day of playing that the team that you’ll have on hand will be mostly shaped up.

By the second day you will be of a high enough level to unlock most of the content in the game, you will have a bunch of free diamonds to use on summons, as well as various rewards from the game itself.

Using all these, you will summon heroes and set the foundation for your team. After the second day, progress slows down a lot and getting new 5-star heroes for free will take a while.

Go through the Campaign Stages ASAP

You want to level up ASAP in Idle Agents, in order to get access to the best equipment possible and also unlock as much content in the game (most of it requiring you to reach a certain level to unlock).

In order to level up faster, you need to go through the campaign stages as fast as possible and only stop when you can’t win no more. The higher the stage in the campaign, the more resources (including XP) you will earn. You will also have the chance to get better equipment for your heroes.

There is no penalty for losing a Campaign battle, so make sure that you’re always playing in the most advanced stage that your current setup of heroes can reach!

Heroes of 1-3 stars are absolutely useless in the game. I would go as far as saying that even 4 star heroes are useless – as long as you have 5-star ones to use instead of them (have in mind though that some of the 4-star heroes can be used for evolutions!)

Anyway, most of your heroes will be 1 to 3 star ones and these have only one purpose in the game: that of being sacrificed in the Gate of Recall for materials that can be used to improve your best heroes.

So don’t be afraid to do just that and destroy those useless, low star heroes, and get materials to upgrade your main team.

Skip all the battles that you can skip

A nice thing about Idle Agents is that most battles (Except for the Campaign ones) can be skipped. So make sure that you do that in order to optimize the time spent in the game.

The only reason why it would make sense not to skip a battle is when you are testing a new team lineup or when you’re planning to better understand how a Hero or another works.

But in most cases, take advantage of the option to skip the battles and just get the results – there’s no real reason for you to go through each of them.

Like in most games out there, the guild system gives you some nice potential advantages in the game. The catch is that you have to be part of an active guild in order to maximize these boosts.

So if you see that your guild mates are not investing in Tech or doing their best in the Guild Challenge fights, don’t waste time (and resources) there – go find a new, better guild.

The better and more active the guild is, the more boosts your Heroes will get from the Tech menus, benefiting you in all parts of the game. You will also do better in the Challenges, grabbing the best possible rewards.

Buy Agent Scrolls in the Market, not the Dimensional Gate!

If you want to give it a shot with summoning new heroes for your team, there’s a nice trick that will save you a ton of resources: instead of buying the scrolls for the Agentic Summon (the Premium one) directly from the Dimensional gate, get them from the Market instead!

I am not sure if the offers in the market are permanent, but at the moment, you have the option to buy a single scroll for 150 Diamonds (as opposed to 250 in the Gate) and 8 Scrolls for 1,000.

You can only buy one of each per day – so a total of 9 scrolls – from the Market, but it’s a much, much better deal than buying them individually or in bulk in the Dimensional gate. So take advantage of this great offer!

Go for 10 summons instead of one

Although Idle Agents: Evolved doesn’t specifically state that summoning in batches of 10 gives you better results than summoning new Agents one by one, most games give you some sort of a bonus if you do this and I recommend going the safe route and choosing the 10 summons as well.

You don’t get a guaranteed 5-star hero if you choose a 10 summon from the store. I went through this twice, and each time the quality of the heroes I received was really low: each time, I only got 1 4-star hero. So 20 summons for just 2 4-star heroes and 3-star ones afterwards doesn’t sound amazing.

But even so, you probably have higher chances for scoring top units if you summon 10 at once instead of just one.

Grab rewards from the floating fortress

When you’re just starting, the Floating Fortress is that place that’s untouchable with its level 70+ units waiting to destroy your team. But even so, it has some nice goodies for you, so you shouldn’t completely ignore it until you can beat the challenges there.

First of all, make sure to always check the expeditions – if you see a treasure chest there, tap it and you get it for free, without fighting anybody! Free goodies (and it took me a while to realize that).

Also, you can build structures on the Floating Fortress – just tap the areas above the hot air balloon and select the building that you want to get. You have various options to choose from, including a building that generates Gems daily!

Another option that you have when it comes to getting freebies is adding friends in the game. Fortunatey, Idle Agents makes it really easy for you to do so: Simply click the friends icon and start sending invites to the people the game recommends!

The main thing that you get from friends is hearts, which can be used to unlock new chests in the Dimensional Gate. You can also help friends with missions (and they can help you too). So make sure to max out that list ASAP in order to get a lot of free goodies daily!

Equip and evolve your Heroes Constantly

As you complete various challenges in the game, progress through the stages and unlock rewards, you will receive tons of equipment pieces that can be used to make your heroes better.

Make sure to always put those to good use – every now and then, visit your heroes and equip those in your team with the best items you’ve got. The game has a really useful Auto-Equip button which you should use to avoid headaches of manually going through tens of equipment bits and equipping them manually.

Apart from giving your Agents the best items in the game, you should also level them up constantly. Only do so with your main team, because resources are scarce and not only that you won’t be able to level up all the heroes you get – there’s actually no sense in doing so!

Once your Heroes reach Level 30, you can start tiering them up every 10 levels. This requires a different type of resource (received mainly from Recalling low level units) but is really worth it because it increases the level cap of your heroes and also unlocks new skills.

I recommend leveling up all your top 6 heroes evenly instead of maxing them out one at a time. However, if you’re just starting up, it doesn’t hurt to focus on the 5-star and a few 4-stars only because after your first day of playing, you will no longer have any 3-star heroes in your setup!

You should make it a habit to visit the in-game Market every day and see what offers are there: apart from the extremely advantageous offer for Scrolls, it also has all sorts of goodies on sale at special prices.

You can get anything from new heroes to items used in various parts in the game and sometimes the things on offer are really, really good and fairly priced (you can buy some with regular currency as well!)

How to build the perfect team in Idle Agents

Probably the most obvious rule of thumb here is that the rarer heroes are better than the lower star ones: a 5 star hero will always be better than a 4-star one (except for maybe those cases when you really need a healer and you only have a 4-star one available).

So, even if you get duplicates, make sure that you use all 5-star heroes that you have on hand!

Things will change a bit in the future, as you advance through the stages and end up with more than 6 heroes that are 5 stars or rarer, and then you will have to sort them out based on how useful they are in battle. But until then, just use whatever the game gives you!

The position of the heroes is also important: you want your first Agent to be the Tank with the highest health, followed by the hero ranking second in terms of health. Keep your massive damage dealers in the back.

While the general power score is a solid indicator of how well you will do against a specific enemy, it doesn’t mean that if your team has more power, it will always win (or vice-versa).

Early on in the game, I sent in the Arena my team of level 35 heroes against a single-unit team – a level 70 (or something like that) Dragon. It alone destroyed my team.

Also, when going through the stages of the Galactic Trial, I realized at a point that I was defeating teams that had 5,000+ more power than mine and were also a much higher level (even 30 levels above mine).

This happens because the rarity of the heroes is extremely important, just as it is important what skills the have and how you place the units on the board.

This would be all that we have for you today in terms of tips for Idle Agents: Evolved. If you have additional strategies that proved to work well, don’t hesitate to share them with fellow players in the comment section below. 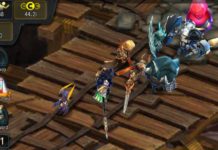