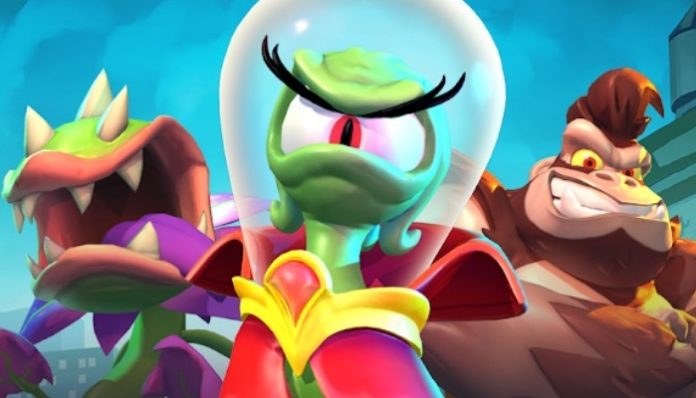 While I Am Monster is indeed an idle game meaning you will spend a lot of time with the game closed, it is also beneficial to leave the game open. Periodically the game will reward you with free gifts that contain random amounts of energy. The amounts are usually pretty low, but the gifts come so frequently that you will be getting a lot in the long run. 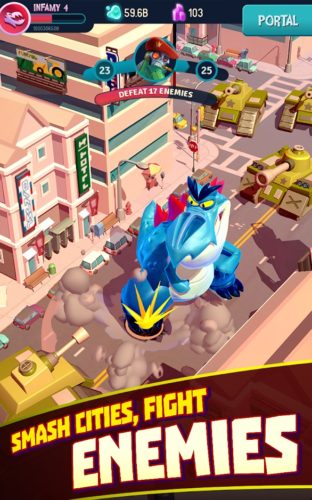 When you upgrade your squad upgrades to certain levels, you will unlock special passive skills. These special skills require ultra energy to obtain, so make sure you choose wisely. That being said, upon leveling Attack Damage to level 50, you will unlock the skill “Energy Absorption Alpha”.

This skill makes it so that enemies drop more energy upon defeat. The first level of it grants a 10% bonus, while the final level grants a whopping 50% bonus. This skill is very important to get lots of energy early on, so we recommend going after it first!

You can have up to three active monsters on your team, but only one can be out fighting at a time. A good tactic to employ is to use all of one monster’s skills, then immediately switch to your other monsters and use their skills. This makes it so that you are constantly dishing out big damage without having to wait for one monster’s cooldowns to finish!

As another incentive, the first special skill under the Skill Damage tree is “Power Swap,” which temporarily powers up monster skills when swapping between them. 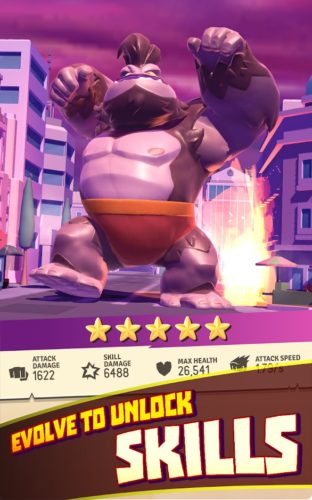 Level up monsters to upgrade their skills!

Whenever you beat a boss brawl, you will earn some goodies, monster food being one of them. Monster food can be used on monsters to level them up, increasing their stats and granting them one skill point.

Skill points can be used to grant their base three skills additional effects. Leveling up a monster’s skills is one of the most important ways to improve them, so do not forget about it!

Since you be stuck with Rogzora and Goriko for a long time early on, we recommend grabbing a few select skills. For Rogzora, the Energy Storm skill creates a storm around him whenever he uses Nuclear Blast. Enemies caught in storm have their attack power reduced, making this skill a must for the later boss brawls.

For Goriko, Raging Blur increases his attack rate while Rage is active, making it the perfect opportunity to do some real damage on his opponents.

Summon a new monster right away!

I Am Monster guarantees a new monster that you have never seen before if you build up enough summons. You can perform ten individual summons or you can just go all in with the x10 summon. You do not save crystals if you do the x10 summon, but it does save time if you have a lot of crystals.

With that said, try to summon as soon as you are able to. The tutorial leaves you with Rogzora and Goriko, so you want to get a third monster as soon as you are able to. Bear in mind that summoning does not always result in a monster; sometimes you will get DNA for monsters you already have, which is not bad as they will allow you to enhance them.

That’s all for I Am Monster: Idle Destruction! If you have any other tips or tricks to share, let us know in the comments below!