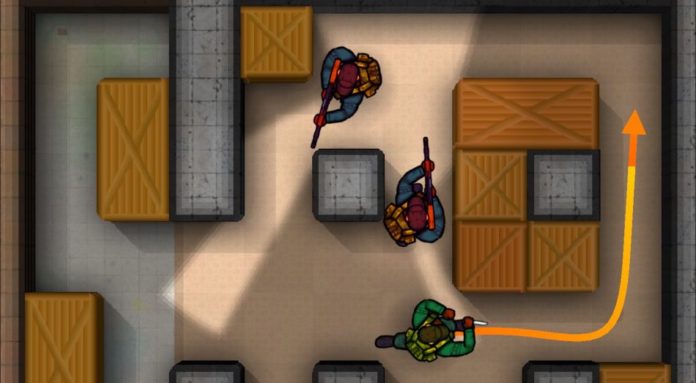 Hunter Assassin is a really fun puzzle/action game for iOS and we’re here to help you get better at it by sharing our own Hunter Assassin guide: cheats and tips that will help you understand the basics of the game and learn everything you need to know to complete all levels flawlessly.

And, of course, unlock all characters in the game, because having a ton to choose from is exactly what you want and need.

So let’s not waste a single second and instead, let’s dive right into the Hunter Assassin cheats and tips below: starting from the basics, to the more advanced techniques that will help you pass all levels.

I won’t spend too much time with these, because both the game’s concept and the control scheme is extremely simple. But you do have to keep everything in mind when deciding your approach in Hunter Assassin.

Your main goal is to kill all the guards in the game – ideally without being spotted. You can see a guard’s line of sight easily, and they will always move in a regular pattern, so anticipating their moves or at least staying away from their line of sight should be easy.

As you progress through the levels, more guards are added and the levels themselves become more difficult as you have more obstacles and more patterns make their way into the game, but overall things are relatively easy.

You tap the screen to control where you move and if you tap one of the guards, your character will try to automatically find the best route to get there. It’s better to do things yourself though, as sometimes you might find it’s better to simply rush forward to your enemy and the AI route will never try to do that.

Be methodical with your routes

One of the best things that you can know about the game is that you should be methodical in your approach: just spend some time analyzing the best route possible, and tap to get from one point to another in quick successions instead of tapping just once to cover a great distance.

Even though relatively easy to anticipate, the guards’ route can change at any time… and eventually you’ll end up having bunches of guards patrolling the same area. That’s when the methodical part comes into play and to the rescue.

Just tap the screen to go behind a corner, then tap to get behind the crate above, then tap to go around another corner and behind the guard: stuff like that, done one step at a time, because this is the easiest way to approach things.

But also be prepared to change your route! If the unexpected happens, just tap a different part on the map and recalculate your optimal route once more.

While the game itself is usually very fast paced, there are moments when you really have to be patient and wait for the guards to be in an optimal position. This becomes more and more important as you go up through the levels, when their numbers increase – and so does the difficulty level.

So if you have a bunch of guards that make it impossible for you to approach safely, simply go somewhere behind cover and wait a bit: eventually, they will spread out, making it easier for you to take them out.

The same goes for situations when guards are on a narrow corridor and you simply can’t rush forward towards them: just wait for them to get out and take them out when you have an easier route to them.

I repeat: in most cases, the action will be fast paced and you’ll be able to constantly be on the move with no dead times, but sometimes you will just have to be patient. It’s better to do this than to have to restart the level!

Spotted or even shot at? Not a problem!

To make things even easier in the game, if you are spotted or even shot at, it’s not necessarily game over. It gets a bit more difficult in some cases, but you can still win the game afterwards.

The main thing that you have to do is not to panic.

If you’ve just been spotted, things won’t be that bad: you simply have to run away and find some cover as the guard(s) will lose you relatively fast.

If you are shot at, you can either try to rush towards the enemy and take them out or run away and wait for a better time to attack. You can’t heal over time, so there’s a limited amount of bullets your belly can support… but you generally have some room to wiggle, so don’t panic, rethink your approach and you will do great.

Grab all the bonuses that you can

During each stage itself, there are no real bonuses to speak of (except for the ones that you get every 10 stages, which are basically free diamonds for you).

But you do have a ton of options to get additional diamonds, which are extremely useful when it comes to unlocking new characters. Unfortunately, all these involve watching ads in most occasions, but they’re still better than nothing.

So you have the options to watch an ad to double your rewards (this is rarely worthwhile), but also the option to watch an add from the missions menu for 200 free diamonds, or open a gift box that holds 500 diamonds as well…

Take advantage of these offers, because you will need a TON of diamonds and every extra bit helps!

Also, you have the missions that are usually easy to complete. They are also repetitive and fortunately there are no waiting times in between them: so as soon as you complete a mission, a new one unlocks instantly, so you should always work on getting those completed ASAP.

Unlocking all characters in Hunter Assassin…

…is really difficult and expensive. And completely random, so you don’t really have anything to say when it comes to what character you’re going to get next.

Prices for increasing a new character start relatively low – at 1,000 diamonds for the first one, going up to 5,000 for the second, 10,000 for the third and so on. This means that actually getting all the characters requires a ton of play time!

When it comes to the unlocking procedure itself… as soon as you have the money, you just hit the top button that reads “Upgrade assassin” and you hope for the best. You don’t have any control over the character you’re getting – and with 10 total characters at the moment, there are better and worse ones available.

Right now, I would say that any character with a boost in its speed stat is a better choice… but things might change eventually, if the levels become too difficult and it gets impossible not to be spotted or shot at. I haven’t reached such a point in the game yet, but it could be the case.

But until that happens, I will be more than happy to take any speed character over one with increased health.

Turn off those ads (if you really want to)

Ads are what pay for the bills in this industry (and not only), so if you start to find them annoying, the best way to get rid of them is to activate the “No ads” feature in the upper left corner. You pay a premium to get a premium experience – and unlocking those characters becomes a lot easier afterwards.

But if you really can’t afford this, and you just can’t go through with the ads either (but remember – it’s a way of saying thank you for the game and encouraging the developers to make more), you can still turn them off.

In order to do so, force quit the game and turn off your WiFi and/or Mobile Internet. You can still play the game offline and there will be no ads to bother you anymore.

As a downside to this, though, you will no longer be able to unlock any of the bonuses that you could get from watching ads… so in the end, it might not make your life a lot easier – at least not when it comes to unlocking more characters.

Finally, if you got that far and you want to take a quick look at some Hunter Assassin gameplay, our video below might fulfill that need:

These would be, for now, our Hunter Assassin tips and tricks and beginner’s guide. I hope that you find it useful, but if you have some additional tips of your own, don’t hesitate to share them with us in the comment section below.