Home Game Guides How to Vote in Minecraft Mob Vote 2022 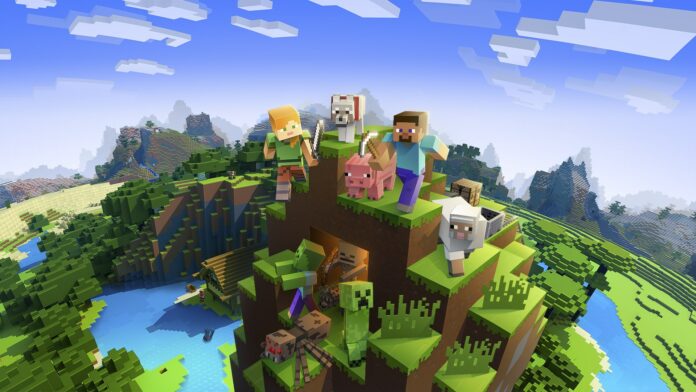 Minecraft is one of the most popular survival simulators and it has a huge cubic world that you can explore. The game receives a lot of content updates that bring new items, locations, biomes, and mobs. Sometimes the developers allow the community to vote for a creature that will be added to the game. It seems that some players were confused with the new voting system and we will help them. This guide will tell you how to vote in Minecraft Mob Vote 2022.

Minecraft is a survival simulator game with a cool visual style. Its world is built with pixels and cubes, and there are lots of exciting structures that you can make. Also, the game features a huge roster of various creatures and some of them are chosen by players.

Mob Vote is a special event during which players are able to vote for the mob they like and the creature that receives most of the votes will be added in the next update. The Mob Vote 2022 is going to be held really soon and you may want to know how to vote there.

Related: How to Download and Play the Minecraft Essential Mod

How to Vote in Minecraft Mob Vote 2022

Minecraft Mob Vote 2022 is a very interesting event and it seems that some players don’t understand how the voting system will work. During the previous events, players could vote with help of Twitter. However, now the system has changed and we are going to explain it to you.

In order to vote in Minecraft Mob Vote 2022, you will have to launch the game and use the new Minecraft Now button. It will be available during the event and you should try to use this opportunity to vote for a mob you like.

Minecraft is a popular game and hopefully, our guides will help you to learn more information about it. Good luck in your further world exploration!

How to Vote in Minecraft Mob Vote 2022