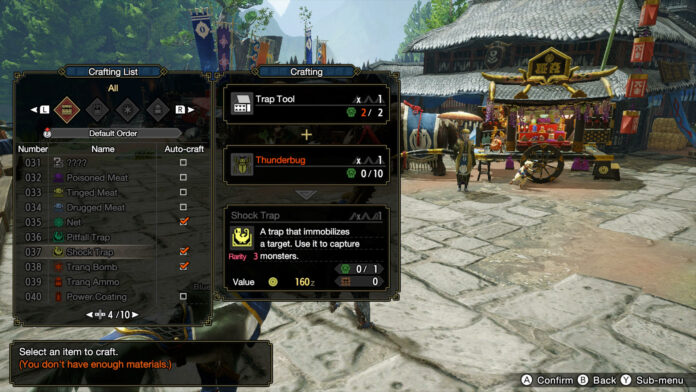 In a new small Monster Hunter Rise guide, we tell you how to use traps and bombs in this game. If you are also interested in this, then read on.

Simply place the Pitfall trap next to the monster when it is already limping and the time of its death is not far away. If everything is done correctly, the monster will fall into it, and, as a result, it won’t be able to escape it. And shock trap is used in a similar way. But it does not catch the monster but immobilizes it with its shocker instead.

RELATED: How to Ride a Monster in Monster Hunter Rise

The Tank Bomb is used after your monster has already been trapped in Monster Hunter Rise. You just need to throw a couple of bombs at the monster. And pay attention that you will have only a few seconds to do this before the monster breaks out of the trap.

That’s all there is to know about how to use bombs and traps in Monster Hunter Rise. If you have some other questions or tips about this topic, then write them down in the comments section.

How to Use Traps and Bombs in Monster Hunter Rise