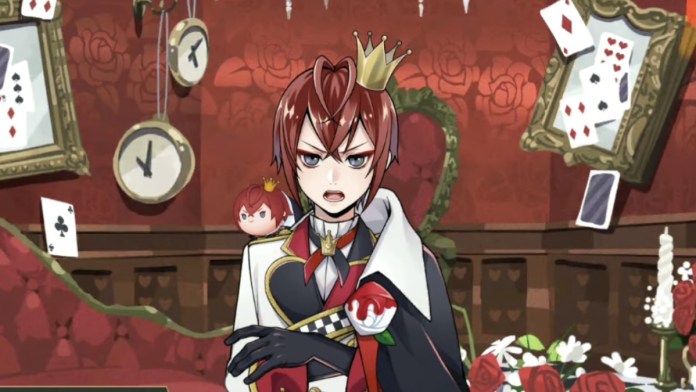 If you are a Twisted Wonderland fan knee-deep into the game’s story, chances are you’ve met Riddle Rosehearts, the house warden of Heartslabyul. Inspired by the Queen of Hearts or the Red Queen, he has the tendency to be a strict no-nonsense tyrant, though he isn’t completely heartless. If you have any of Riddle’s cards, chances are his vignettes have shown you a different side of him.

One of the best Riddle cards you can get your hands on is his SSR dorm uniform card. If you have it or use it as a support, it is an excellent ally against enemies of certain elements. This is how to use Riddle in Twisted Wonderland.

How To Use The SSR Riddle

Dorm Riddle is purely a Flame-based DPS card which gives him a great advantage by being straightforward. With other cards that are two elements, it can be difficult to use them in battle without having one being a disadvantage.

Riddle is strongest against Flora-based enemies and weak against Water-based ones, so avoid bringing him to enemies with that element. Riddle’s attacks include Flame Blast, Flame Blast II, and Fire Shot II, all of which does fire damage. The more you level his spells, the stronger they will be.

Twisted Wonderland has a mechanic called the Buddy Bonus, where if you pair certain characters from the same house together they will buff whoever is casting spells. They aren’t always housemates either, sometimes it is a canon good friend of the character. This is why Azul is one of Riddle’s buddy bonuses despite their situational differences, as there are many scenes and hints that show the two are good friends.

Now that you learned about Riddle’s power, skills, and buddy bonuses, you’ll be better prepared to use him in any battle in Twisted Wonderland!

How to use Riddle in Twisted Wonderland – Riddle Rosehearts Build Guide