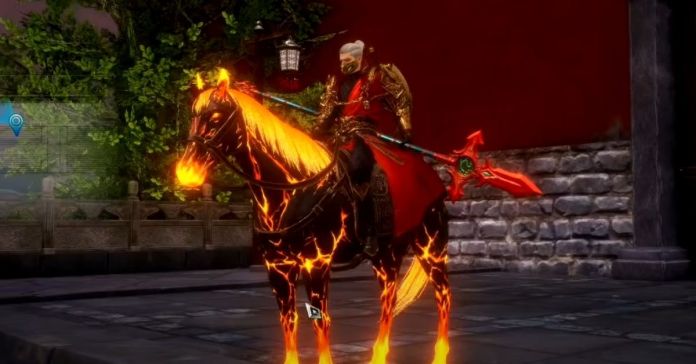 MIR4 is an MMORPG game that has been released a few months ago and right now it receives updates and patches regularly. It provides players with lots of standard mechanics of the games of this genre. There you will see lots of classes that are able to perform different roles, locations, NPCs, dungeons, PvP, and mounts. The last ones are very desired and there are a couple of unique creatures you may want to obtain into your collection. Hell Horse is a cool mount and this guide will tell you how to get it in MIR4.

How to Get the Hell Horse in MIR4

Hell Horse in MIR4 is one of the coolest mounts your character can ride in the game. It looks like a giant demonic black horse covered with flames. Lots of players would like to get this creature into their collection. However, you won’t be able to unlock it that easily.

RELATED: How to Defeat Utukan – Crimson Abaddon Boss in MIR4 and Rewards

You can see Hell Horse in the menu with mounts. Also, you will be able to see its price there but you won’t have an opportunity to buy it. In order to become eligible to get this mount, you will need to complete a certain task. In the case of Hell Horse, you will need to defeat a boss.

In order to unlock Hell Horse in MIR4, you will need to beat the raid boss named Nefariox King. He is one of the endgame bosses so it won’t be an easy task. However, it makes the mount more valuable and allows you to feel privileged when you own it.

How to Unlock the Hell Horse Mount in MIR4