Home Guides How To Unlock Terrako And The Secret Ending In Hyrule Warriors: Age... 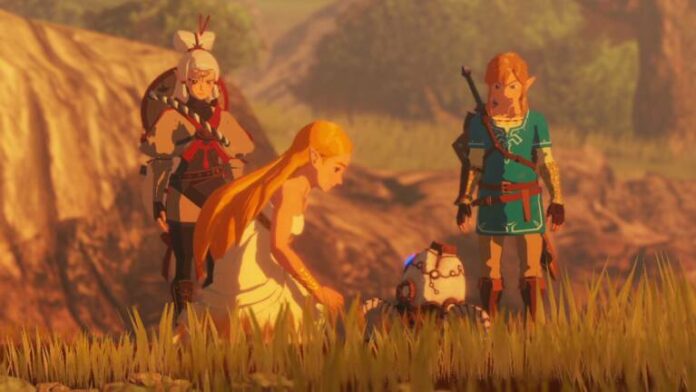 Hyrule Warriors: Age of Calamity features an extremely robust set of characters, all coming with unique abilities that set them apart from one another, even more so than in the usual Warriors series spin-off games. With the game taking advantage of the Breath of the Wild world and mechanics in such a clever way, it was not surprising to learn that the tiny Guardian called Terrako is not only an extremely important character in the story but also a secret playable character.

To unlock Terrako in Hyrule Warriors: Age of Calamity, you will have to complete the game first. This means that you will have to play through all of the 20 story missions included in the seven chapters in the story. Once this is done, you will finally have the chance to unlock the character, but only after delivering 50 Terrako Components and completing a high-level challenge.

How To Find Terrako Components

If you have been completing challenges and optional missions, there’s a good chance you have a good number of Terrako Components on hand. If not, you should definitely seek out high-level challenges to acquire more, or head over to one of the many marchants in the game to purchase them with rupees. Just make sure to not go overboard, as you will need a lot of rupees to unlock Terrako.

Obtaining 50 Terrako Components is only the first step in your journey to unlock the character, as you will also need to complete six Terrako Components quests, which are highlighted on the map with an icon representing the character. These quests can be completed by donating a variety of rare materials like Giant Ancient Cores, and huge amounts of rupees. In case you are missing any item, you can set the Sheikah Sensor to find the items you are missing.

The final thing to do to unlock Terrako is completing the A Royal Investigation challenge, a high-level challenge for Zelda. As the recommended level for the challenge is level 61, make sure to unlock all of Zelda’s attacks to avoid getting overwhelmed by the challenge’s difficulty level.

Once this challenge has been completed, you are almost good to go. Complete the Terrako’s Return quest by handing over the obtained Components: you will unlock both the game’s secret ending and the character.

How To Unlock Terrako And The Secret Ending In Hyrule Warriors: Age of Calamity