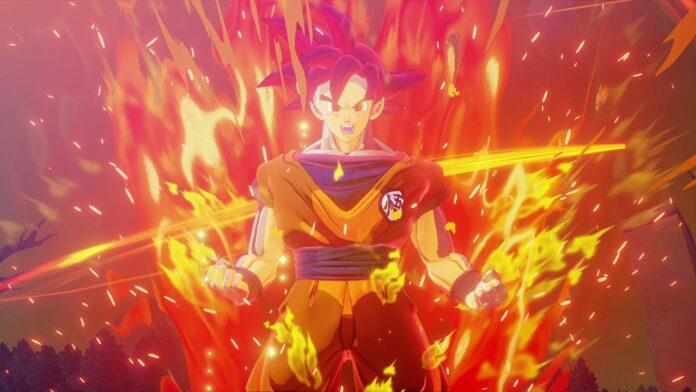 During the Dragon Ball Z: Kakarot main story campaign, Goku, Vegeta, and all playable characters learn a variety of transformations that let them increase their power at the cost of HP and Ki.

Here’s how to unlock this transformation, which is available from the get-go on Nintendo Switch, as this version of the game features all of the DLC expansion developed for Dragon Ball Z: Kakarot.

To unlock the Super Saiyan God transformation for both Goku and Vegeta, you will first have to access the first DLC expansion, which is done by picking the Add-on option in the main menu.

By picking this option, you will be sent to a new location that is not available in the base game. Here, you will meet Whis and Beerus, who will train the two Saiyans. By speaking with the former, you can take on a variety of combat challenges that test your knowledge of Goku’s and Vegeta’s transformations.

After completing the last available challenges, you will have the chance of fighting Beerus in one of the expansion’s ultimate challenges. He is at Level 100, so do not expect to have an easy time against him. During the battle, you will also have to prevent him from using his special attack, which is done by repeatedly attacking him before he is done charging like it’s done for a few main story bosses.

Once this final challenge has been completed, you will unlock Super Saiyan God form and another battle against Beerus that is among the most difficult in the entire game.