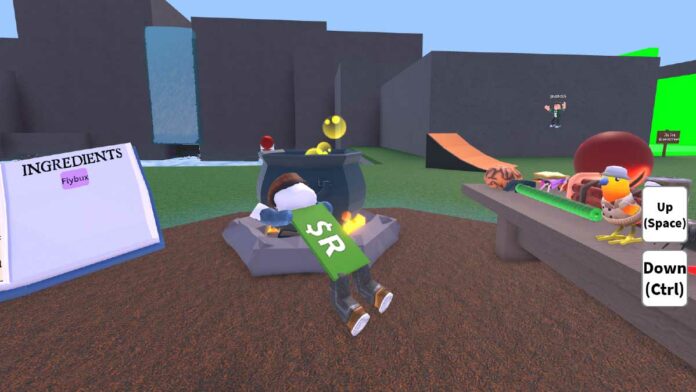 Hello everyone, today we are going to talk about how to unlock Illuminati Pyramid Ingredient in Wacky Wizards.

Wacky Wizards is a fun Roblox game in which your main task is to mix different ingredients in a wizard pot to brew various potions. Drinking them you can achieve different effects and powers, depending on the ingredients.

How to Unlock Illuminati Pyramid in Wacky Wizards

You will need to make a Sunburn potion and burn down the hedge.

You must combine Chilli + You to get a Sunburn potion.

You’ll need to approach that one fence next to the volcano.

If you hold the potion close to the hedge it will say “Use potion” so just click on it and the hedge will start to burn.

After that, a ladder to the dungeon will appear. Descending you will immediately find the Illuminati Pyramid!

All Recipes With Illuminati Pyramid

By using Illuminati Pyramid only, you will get a little Pyramid flowing you!

This will give you a Pyramid shaped head.

By combining these ingredients, you should get covered with Pyramids, so-called Pyramid-hands.

Mixing it you will get a Pyramid-grenade.

You will become a Pyramid yourself.

It will turn your gun gold and make it shoot with the golden rays! It also has a nice surprise to it.

How to Unlock Illuminati Pyramid in Wacky Wizards