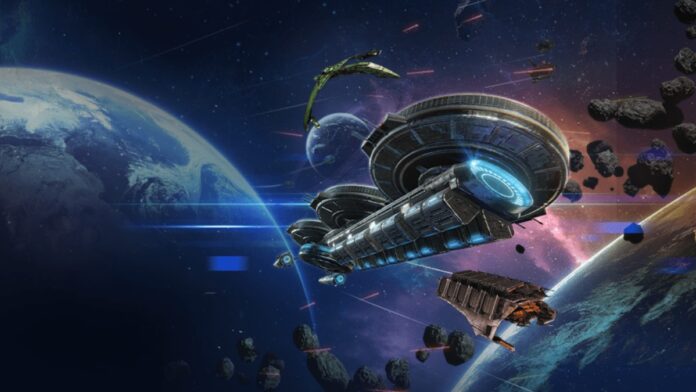 You will deal with all the things a captain traditionally does – diplomacy, ship management, enemies, decision making, etc. Even if you aren’t specifically a Star Trek fan, you’ll enjoy this if you like space games. This to how to unlock the Dark Space Mission in Star Trek Fleet Command.

How To Level Up In The Game

RELATED: How to Play Star Trek Fleet Command on PC

To unlock this section, it’s very simple. You just have to level up to a certain point, which is done through general gameplay. Play through the game and progress, and you’ll eventually get to the point you need to get to. When you reach certain level milestones, you unlock things like Station PvP and the PvP for ships.

There is a lot of PvP in this, so if that’s not something you like, this game may not be for you. Basically, just by completing the sections of the game, you’ll eventually unlock everything.

What Level Dark Space Unlocks At

To unlock the Dark Space area, you have to be moderately progressed into the game. Specficially, you need to get to level 38. After that, you have to complete a mission called Ancestral Answer. After that, follow the mission chains.

Your last step will be having to donate 10,000 raw ore. Once you do all of this, you’ll have access to all of the missions in the Dark Space section. There is a lot of content for you to explore here that will keep you occupied for a while.

Overall, there is a lot to find in the Dark Space section of Star Trek Fleet Command.