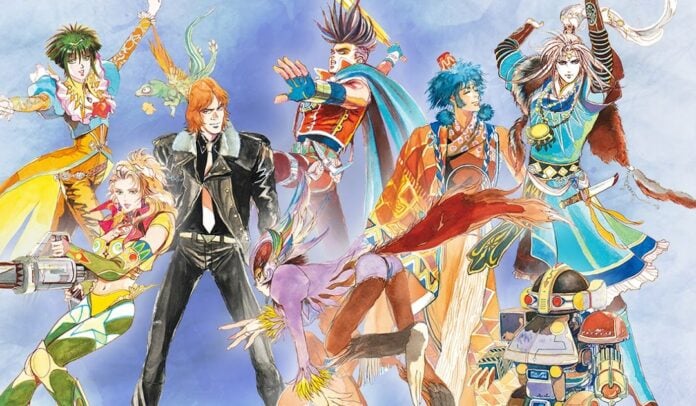 SaGa Frontier Remastered is an excellent role-playing game featuring some unique gameplay mechanics and multiple storylines to follow, but the game does not do a very good job at explaining all of its intricacies. Some of the storylines have multiple endings, and it can be difficult to unlock them all without knowing how to, as the conditions can be a little obscure, and the game doesn’t tell you outright that there are multiple endings to begin with.

Here’s how to unlock all of the secret endings available in SaGa Frontier Remastered.

How To Unlock All Secret Endings In SaGa Frontier Remastered

Asellus’ story is mostly focused on her struggle between her human and mystic origins, and the three endings reflect her ultimate choice.

The first ending, which sees Asellus embrace her mystic origins, is unlocked by equipping Faeblade, Mystic Gloves, and Mystic Boots, have mystic skills in all three slots and only then talk to Rastaban in the final dungeon. On the other hand, you can get the human ending by having no mystic skill equipped when talking to Rastaban.

The third ending is the one that differs the most from all the others, and to get it, you will need to head to the tailor shop in Rootville right before heading to the final dungeon to learn that Gina has been kidnapped. Once the cutscene has played, you will have to face an additional boss fight inside the top towers in Orlouge’s castle. Defeat the powerful boss, check the window and then head back to the previous floor to access a new secret entrance. Inside, you will fight yet another boss, save Gina and learn about Rastaban’s true plans. Proceed normally through the dungeon to unlock this ending.

Blue’s story has two different endings, like in the original PlayStation release. To see Blue seal Hell, you need to defeat Rougue seven times before he defeats Blue once.

To see Rouge seal Hell, on the other hand, you need to lose seven times to Rouge. This ending sees you play as Rogue, who retains all of Blue’s stats, but without weapon points and arts for swords, guns, and martial arts.

Emelia’s story has two different endings. The first one, the happy wedding day ending, is unlocked after getting to the casino world of Baccarat to hunt down the Joker. If you fail to catch him, which is done by simply getting out of the building, you will get this ending.

The second ending is unlocked by exploring the Baccarat underground and access a room on the western side, where you will have to fight and defeat a powerful boss. Upon defeat, the boss will drop the Purple Eye accessory, which will change the ending once you catch up with the Joker. 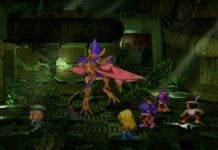 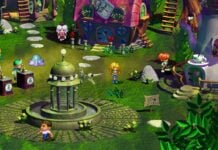