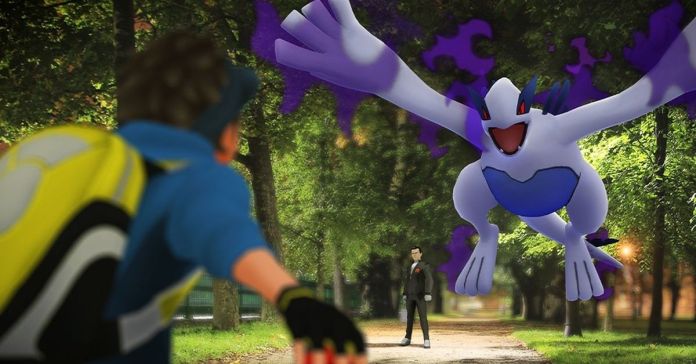 Shadow Lugia is once again available for capture in Pokémon Go during the Festival of the Lights. This Pokemon became powerful than it was before. And you can try your luck from November 9th to 14th. In this guide, we’ll show you how to get the coveted Shadow Lugia.

How to Rescue Shadow Lugia

First, you need to complete Season of Mischief’s season-long Special Research. We are interested in the Misunderstood Mischief quest. While completing the quest, you will fight five members of Team Rocket. You can find Go Rocket members in Balloons or PokéStops. And be ready, they will use Shadow Pokémon against you.

To complete the quest, you will have to defeat one of the three leaders of Team Rocket.

Defeating the Leader will reward you with a Super Rocket Radar. Using this device, you will be able to find Giovanni. And by defeating him, you will rescue Shadow Lugia.

Of course, Giovanni will use Shadow Lugia against you. She is a Psychic-type Pokémon with flying-type movements.

Prepare well for the battle and search for your strongest Pokémons against Giovanni. Darkrai and Gyarados will be a great choice.

Now let’s talk about the weaknesses of Shadow Lugia. The most effective types of attacks against her are the following:

Finally, after defeating Giovanni, you will receive the long-awaited Shadow Lugia. This Pokémon will suit any team.

Shadow Lugia is only available for a limited time, and since the Radar can only be obtained during Misunderstood Mischief Special Research, this event is your only chance.

How to Rescue Shadow Lugia in Pokémon Go