Home Game Guides How to Recruit Yasuo in Ruined King: A League of Legends Story 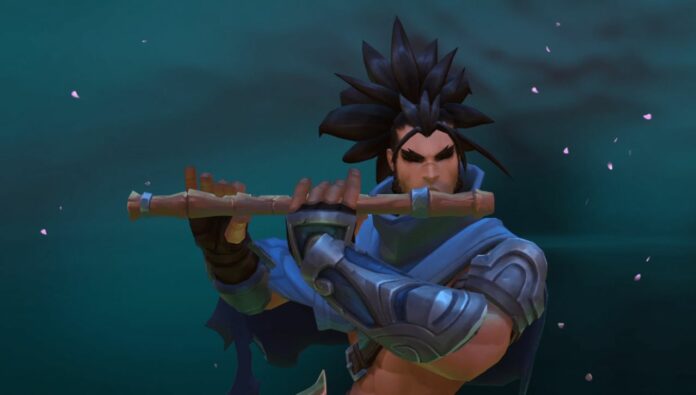 Ruined King: A League of Legends Story features six different playable Champions that come with some unique moves that determine their playstyle and make them very distinct from one another.

Unfortunately, you won’t be able to use all six of the playable Champions right from the start, as you will have to make some progress in the story to get them to join your party.

Here’s how to recruit Yasuo, one of the best, if not the best, offensive-oriented character in the game.

How to Recruit Yasuo in Ruined King: A League of Legends Story

Yasuo joins Illaoi and Braum relatively early in the Ruined King: A League of Legends Story story. At some point before hitting the 50% story completion, Illaoi will be asked by Miss Fortune to investigate Grey Harbor, as she feels the Mistwalkers that attacked her came from that location.

This will start the Beyond the Wall main quest, which will bring you to Grey Harbor. Right as you venture into the dangerous location, you will meet Yasuo, who has his own reasons for being there. Seeing no reason to not join forces, the master swordsman from Ionia decides to accompany Illaoi and Braum, and he will stick with them until the end of the story.

Yasuo is a particularly strong character capable of dealing tons of damage, so learn to use him properly, and you will have a much easier time taking down the most powerful enemies in the game.

How to Recruit Yasuo in Ruined King: A League of Legends Story