Home Game Guides How to Push Grandmaster in Free Fire 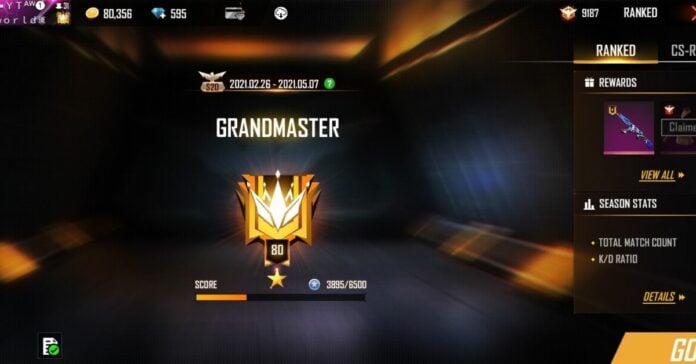 Free Fire is a free-to-play mobile shooter published by Garena for Android and IOS. This is Battle Royal that became quite popular nowadays and it provides players with lots of fun in the game’s matches. But in games like this, there should be some kind of a ranking system that allows players to play in competitive matches with opponents that have the same skill. There are lots of different tiers that rank players and lots of gamers want to reach the top level. In Free Fire, it is called Grandmaster. This rank is quite hard to get and today we are going to give you a couple of hint on how to do it. This guide will tell you how to Push Grandmaster in Free Fire.

How to Reach Grandmaster in Free Fire

Grandmaster in Free Fire is the highest rank in the game’s ranking system. It means that the players who reached it are strongest. So, lots of gamers would like to earn such a prestigious title. However, it is quite difficult as it doesn’t work the same way as other ranks. If you want to reach any rank below Grandmaster, you just need to earn a certain amount of points.

But if you want to become Grandmaster, you have to reach the top 300 players on the server. So, this task is nearly impossible for an average player and you will have to work hard to reach it.

The first piece of advice we can give to you is to wait till the start of the next season. At the beginning of each season, players have to earn their ranks again. So, during the first week, you will be able to play with weaker players and earn points easily.

But the most important is that the top players won’t be able to earn too many points during this short period and you will be able to try to keep up with them. If you wait for too long, reaching Grandmaster at the end of the season will be impossible. The second hint we want to share is just to practice. You will need to spend a lot of time improving your skill to play better. So, don’t give up and you will be able to push Grandmaster.

How to Push Grandmaster in Free Fire