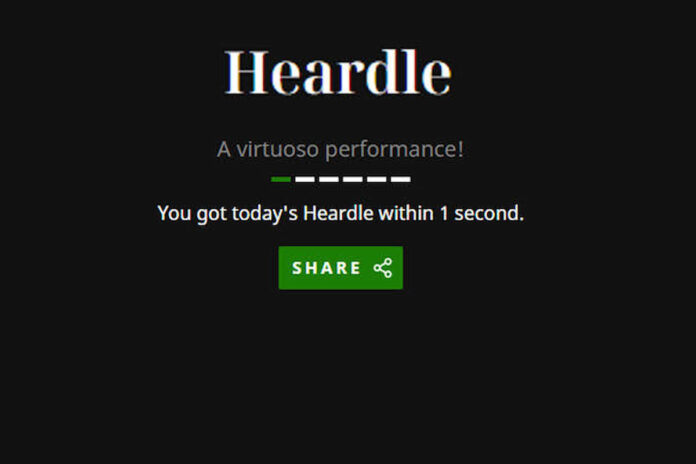 Over the past couple of months, there were days when you couldn’t go anywhere on the internet without stumbling across Wordle. And although the hype has died down a bit, the game is still being played my millions worldwide.

There’s a similar contender in town, a new song-guessing game called ’Heardle’. While Wordle has you guessing words, Heardle requires you to guess songs, but not just any song, but Kanye West’s. Players need to guess the namea of songs after listening for just a couple of seconds.

There are different versions of Heardle out there that players can play and there’s a general game where a song by any articst can play. There’s also artist-specific versions such as that of Kanye West or even Harry Styles.

So if you want to try out say Kanye’s Heardle, you can simply Google “Kanye West Heardle” to play. You can also play the game directly from HERE.

Once you’re on the page where you can play, you can commence with just one second of a song playing. Once you’re able to guess that particular part, you win. Although the game is challenging in such that you’ll mostly need a little bit of help to win or guess songs instantly.

Players can also guess randomly or even choose to skip. Either of these options can unlock another second of the song clip. And if non of that help, you can just keep on guessing and skipping and you’ll eventually unlock up to 16 seconds of the song which should give you enough clue.

And like Wordle, once you’ve won, you can share your results with friends on various social media platforms.