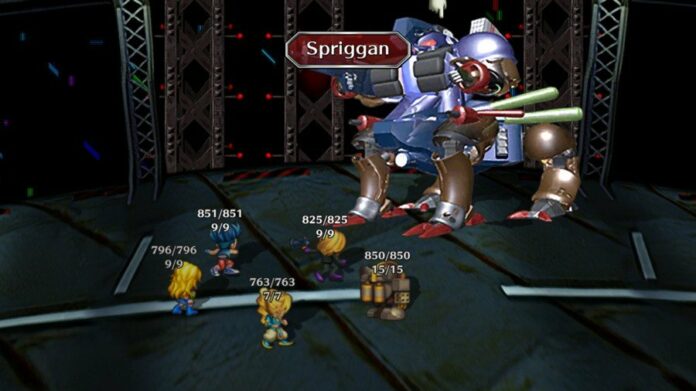 SaGa Frontier Remastered sets itself apart from most role-playing games available on the market with its unique growth system. The skill learning system is just as unique as many of the game’s mechanics, and understanding how it works is extremely important to get to the end of each campaign and defeat the strongest of enemies.

Here’s how to learn Arts in SaGa Frontier Remastered.

Learning Arts in SaGa Frontier Remastered can feel a little random, and, while there is definitely an element of randomness to it, it isn’t entirely reliant on luck. For starters, only Humans and Mystics can learn new Arts in battle using the Glimmer system. This system, represented by the now-iconic light bulb icon, allows characters using specific weapon types and specific Arts to learn new ones.

To learn Sword, Katana, Martial, and Dodge arts, you will need to have, at least, one empty Arts slot. Generally, the stronger the enemy you are fighting is, the higher are the chances of learning a new combat Art. Arts that don’t consume a lot of WP have lower chances of activating the Glimmer system, but they have a wider range of Arts that can be learned by using them. On the contrary, those Arts that consume a ton of WP have a smaller Arts range, but higher chances to learn one.

If you want to increase the chances of learning a new Art in combat, you should aim to obtain Mastery status. This is achieved by equipping at least six Arts, and no magic at all.

How To Learn Dodge Arts

Dodge Arts in SaGa Frontier Remastered are a little different from regular combat Arts. These skills negate damage of a certain type, so they are extremely valuable to have, but it may take some time to learn them, as you need to fight enemies that use a specific attack type repeatedly.

How To Learn Gun Arts

Learning Gun Arts works a little differently from learning regular combat arts. These Arts are not learned during combat, but at the end of it, and only if you have used at least one gun attack. Additionally, the chances of learning new Gun Arts are dependant on intelligence, which means that mages can become great gunslingers with a little bit of effort.

How To Learn Magic Arts

Magic Arts work completely differently from all other Combat Arts, as most are learned by purchasing them in shops. Characters that have mastered certain magic types, however, can learn new spells after winning fights, but only if they used magic of the same type at least once.

How To Learn New Arts In SaGa Frontier Remastered