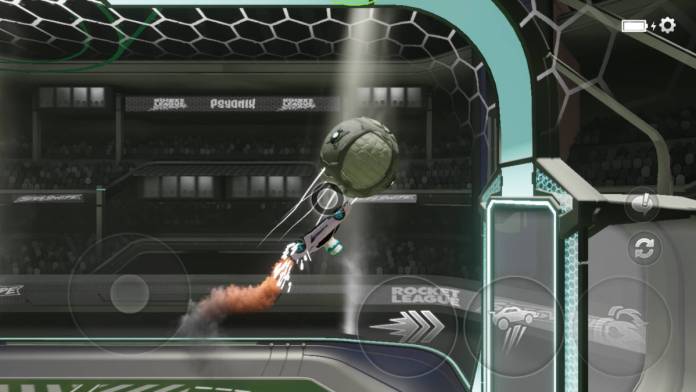 How to Hit a Wall Double Tap

Hitting the fabled “double tap” is tricky at first, but with enough practice, you’ll be ready to hit one if the opportunity ever presents itself. First off, what exactly is a double tap? Basically, it’s when you knock the ball into the wall above the goal, then after it bounces back, you follow it up with another hit straight into the goal!

Even though it sounds pretty flashy, double taps are actually very practical and easy to pull off once you get a feel for doing them. The easiest way to set one up is to bounce the ball into the air, then dribble it until it gets close to the goal, then flip it to bounce it against the wall above the goal.

As the ball is coming back, make sure you’re in position by using the rest of your boost and try to intercept the ball after it bounces off the wall. If you’re in the right position, you’ll bounce the ball straight into the goal! Be sure that you don’t keep chasing the ball after the first bounce, otherwise you’ll be out of position to knock the ball into the goal.

Related | How to Find Teammates and Friends in Rocket League Sideswipe

Double taps are extremely helpful because they are very difficult to defend against. Most players won’t even know what you’re up to when you’re dribbling the ball above the goal, but those that do know what’s up will usually miss trying to intercept the ball most of the time.

We recommend going into training mode and attempting this with infinite boost on. Once you start getting the hang of it, turn off infinite boost and practice like that, so you get an idea of how efficient you need to be with your fuel.

That concludes our guide on hitting wall double taps in Rocket League Sideswipe. If you have any other tips or tricks to share, let us know in the comments below!