Home Game Guides How to Get Unicorns in Dwarf Fortress 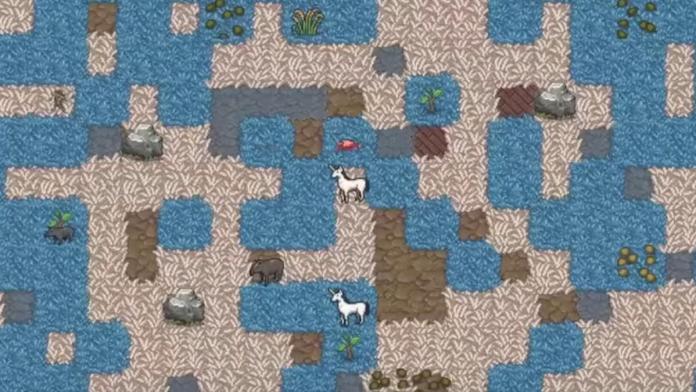 In the world of Dwarf Fortress, your Dwarves will come across a variety of wild life, some friendly, some hostile. Being able to tell which ones are minding their own business from the ones that will try to kill your Dwarves is a skill you’ll pick up on quickly, but what about those mythical Unicorns?

Unicorns are usually portrayed as peaceful creatures, but they’re a little different here. Today, we’ll show you how to get Unicorns in Dwarf Fortress!

Unicorns are somewhat rare creatures. True to their legends, Unicorns only show up in the purest places, which means that they only spawn in “good” Surroundings. These include Surroundings that are Mirthful, Serene, or Joyous Wilds.

Once you’re settled in a good area, it’s time to start exploring. If you’re lucky enough to come across a herd of Unicorns randomly, take caution—they’re normally docile and will flee if a Dwarf approaches them, but they can and will turn hostile if they’re provoked long enough.

Related | How to Make Scrolls in Dwarf Fortress

And let’s just say, you don’t want to be on the receiving end of a Unicorn’s horn! If you’re looking to take them down, Dwarves with ranged weapons will fare the best against the Unicorns.

If you’re looking to tame a Unicorn and bring it back to your settlement, you’ll need an Animal Trainer and some Cage Traps. You can line the exterior of your settlement with Cage Traps and hope for the best, or go look for the Unicorns yourself.

Here’s an easy way to find some Unicorns. They like to hang out with Elves, so if there’s an Elf settlement nearby, you can raid them and take their Unicorns back to your settlement. Of course, the Elves won’t like this too much, so be prepared for counterattacks.

Unicorns are valuable creatures, living up to their legends. When butchered, they give quite a lot of materials, and crafting items with Unicorn materials makes them worth much more.

That concludes our guide on how to get Unicorns in Dwarf Fortress. If you have any other questions or tips, let us know in the comments below!

How to Get Unicorns in Dwarf Fortress