Home Game Guides How To Get The Arcane Sheriff in Valorant 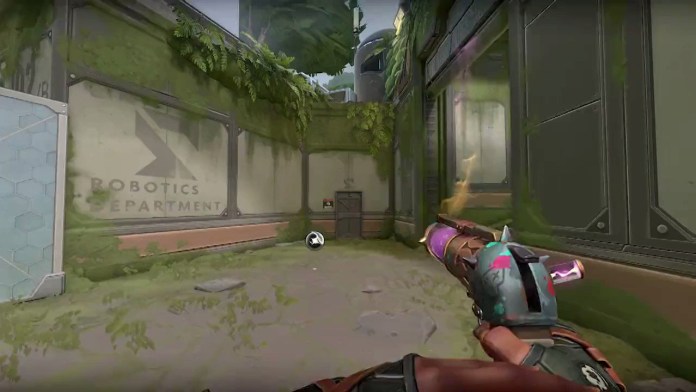 Valorant is probably the most popular competitive shooting game available online right now. Players can select from 21 unique agents, each belonging to a special class and having different skills. While Valorant is completely free-to-play, players can always make in-game purchases to buy skins, titles, and name cards. In this article, we will talk about the Arcane Sheriff, one of the most popular yet rare Sheriff skins in Valorant.

In Valorant, Riot Games introduces new skins every two weeks through bundles via the in-game store. There are well over 100 skins for guns and knives in the game. Most skins have a chance to reappear in the store through Daily Offers. Unfortunately, the Arcane Sheriff was a limited-time offer released as part of the RiotX Arcane event and thus won’t become available in the store.

As some might guess its name, the Arcane Sheriff is related to Riot Games’ highly acclaimed television series titled Arcane, released back in November 2021. This animated series features the origins of two iconic League champions set in the sci-fi world of Runeterra. Arcane series was entertaining not only for League of Legends players but everybody.

Riot Games offered various free and paid Arcane-themed goodies to celebrate the release of Arcane. The Arcane Sheriff was part of the exclusive Arcane Collector’s set, costing 2350 Valorant Points. This set was a limited-time offer and was never seen again after the promotion. Arcane Sheriff

With Arcane’s first anniversary, many players hoped to see the Arcane Sheriff back in the store. Sadly, there was no announcement related to Arcane Collector’s set. Arcane Sheriff might see a rerun with the release of Arcane Season 2. While the second season was announced right after the first, there have yet to be any official talks about its release date.

How To Get The Arcane Sheriff in Valorant