Home Game Guides How to Get Steinbjorn Armor Set in God of War: Ragnarok 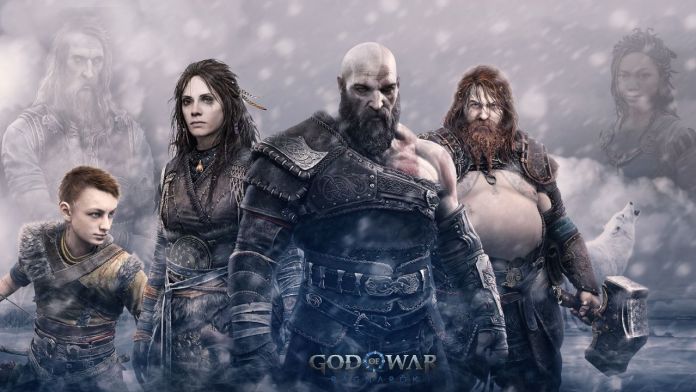 God of War: Ragnarok was one of the most anticipated games of 2022 and after its worldwide release on November 9, the game has been making huge amounts of money for Sony and is also making the rounds among gamers.

And similar to the first God of War (2018) game, Ragnarök does not follow a linear progression system, which allows players to freely engage themselves in some of the side quests that can reward them with cool rewards such as hidden armour. So in this article, we’ll be showing you how to get Steinbjorn Armor Set in God of War: Ragnarok.

How to Get Steinbjorn Armor Set in God of War: Ragnarok

As aforementioned, there are some pretty interesting side quests in God of War Ragnarok that will reward you with lots of armour sets. And although the majority of the game’s armour sets are equally viable as end-game sets.

To find the Steinbjorn armour set, you need to find four hidden Troll Statues and use the Mythical Heirloom Relic to activate them which will reward you with materials that you can use to craft the armour.

So first off, you have to find and equip the Mystical Heirloom Relic and before doing this, you have to unlock the Draupnir Spear, an automatic story unlock from Main Mission 10: Forging Destiny.

After getting the spear, head to Midgard – Lake of Nine. You’ll see a yellow-glowing ice block in the south of the frozen lake which you can blow up using the Spear. Behind this is the Mystical Heirloom in the snow. Make sure you equip it under Weapons > Relics > Mystical Heirloom. You can activate it by pressing the L1 and Circle button (O) to activate Troll Statues. You’ll need to defeat the four trolls from the statues to get the crafting pieces for the armour.

After activating the four Troll Statues and defeating the Trolls, you’ll need to go near the Troll Statues and activate the Mystical Heirloom by tapping L1 and Circle (O) button again. The statue will turn into a real troll boss and you’ll have to defeat all four of them. Each drops a crafting item called “Slumber Stone”. You’ll need all four to craft the full armour set.

Now, once you’ve got the four Slumber Stones from the Trolls, return to any blacksmith and they’ll help you craft the armour pieces. And in case you forgot to loot one, you’ll find the materials in the blue chest at the blacksmiths.

If you follow the above steps precisely, you should have the Steinbjorn Armor unlocked and like many of other Kratos’s equipment, you can upgrade it to a certain level to make it stronger and resistant to heavier attacks.

So that’s how to unlock the Steinbjorn Armor Set in God of War Ragnarok. We hope you’ve found this brief guide helpful in exploring the nine realms. Happy Gaming!

How to Get Steinbjorn Armor Set in God of War: Ragnarok