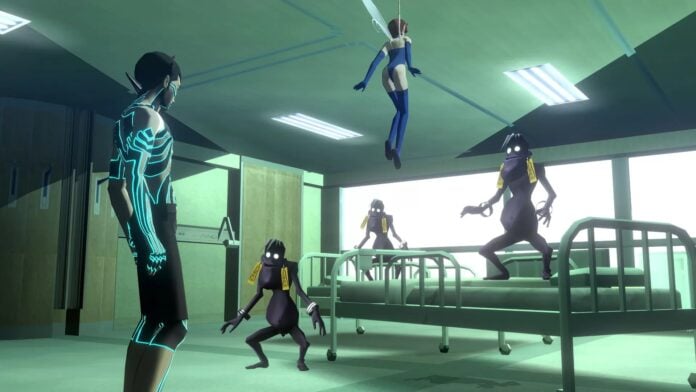 The Magatama System in Shin Megami Tensei III Nocturne HD Remaster is an extremely interesting system that lets players customize their Demi-Fiend in a lot of different ways. By ingesting one of these mysterious items, your main character’s stats will change, and he will learn a variety of abilities that will let him keep up with the enemy, which becomes stronger and stronger as the adventure moves ahead.

Here’s everything you need to know about the Gaea Magatama, one of the best Magatama in the game.

The Gaea Magatama is among the best Magatama in all of the game, and, as such, it is not easy to obtain it. To do so, you will have to open the locked heavy door in the Mantra Headquarters. This door can only be opened with a Strength stat of 24 or higher.

If you’re thinking about creating a strength-focused build for your Demi-Fiend, the Gaea Magatama is the one for you. Once ingested, the Magata will grant your character a +10 bonus in Strength and Vitality, as well as granting resistance to Physical attacks. On the other hand, the Magatama makes the Demi-Fiend weak to Force, Expel, and Death attacks. If you continue to let the Magatama act violently upon level up, you can either get your Demi-Fiend fully healed or get a permanent +1 bonus in Strength or Vitality.

Find all the skills the Gaea Magatama lets the Demi-Fiend learn below.