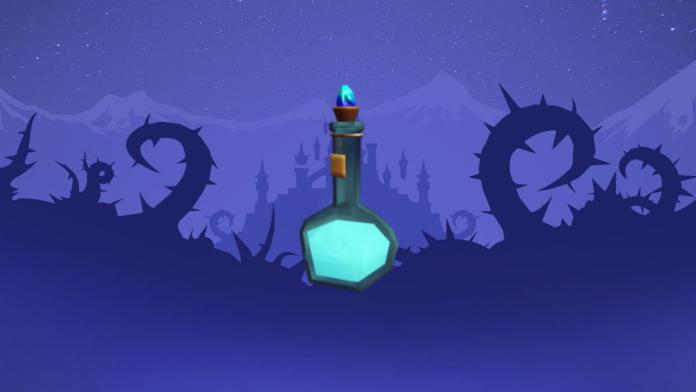 The 1.1.5 update, titled the “Scar’s Kingdom Update,” adds the Sunlit Plateau, a brand-new locale to Dreamlight Valley. Scar, the usurper from The Lion King, also makes his debut as a new character. You’ll have to deal with his unscrupulous motives in order to restore the Sunlit Plateau.

Upon reaching the Sunlit Plateau and meeting Scar for the first time, you’ll start a story quest called “Nature & Nurture”. This quest sees you and Scar explore the newly uncovered Vitalys Mines to find out what’s causing the blockage in the river.

You’ll need to explore the mines, then report back to Merlin, who will tell you to prepare Extra Fizzy Root Beer. You can make the root beer at any cooking station, and it requires Dried Ginger, Sugarcane, and Vanilla. The Night Thorns hate it because it’s so fizzy!

Return to the mines and place the appropriate items, then go back to the Sunlit Plateau. You’ll spot the Forgotten, and it’s holding something peculiar. Grab it, then return to Merlin, who will then unlock the recipe for Miracle Growth Elixir.

Miracle Growth Elixirs can be crafted at any crafting station, and they require:

Miracle Growth Elixirs are a farmer’s best friend! They are mixed into your Watering Can, and the next ten crops that are watered with it will mature instantly. For the dedicated farmers, there’s a better version called Even More Miraculous Growth Elixir, which needs:

Even More Miraculous Growth Elixirs function the same as the regular elixirs, but they last for 25 crops instead of 10. Go ahead and grow a bunch of crops!

That concludes our guide on how to get and use Miracle Growth Elixir in Disney Dreamlight Valley. If you have any other tips or questions, let us know in the comments below!