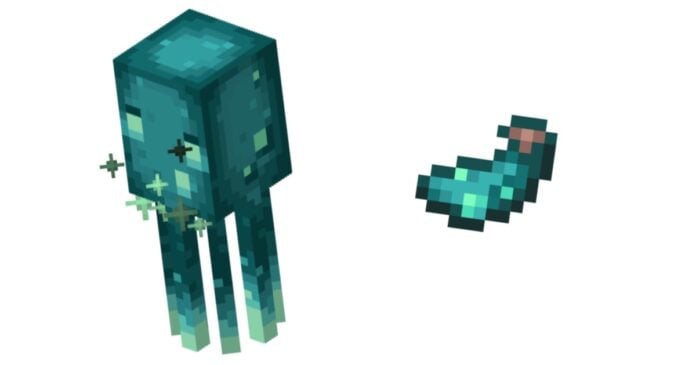 Glow Ink Sacs in Minecraft have a specific purpose and are only dropped by one creature: the Glow Squid.

The Glow Squid is an aqua coloured creature with luminescence that spawns in groups of 2 to 4 underwater, below sea level in total darkness. Players can spot Glow Squid by their glowing texture emitting star shaped particles. They are passive creatures who will lose their glow when attacked, and when they die they drop between 1 and 3 Glow Ink Sacs.

The amount of Glow Ink Sacs dropped by a Glow Squid can increase by 1 per level with a max. of 6 if the player if using the Looting enchantment for swords.

Related: How to Make Dye in Minecraft: All Dye Colours Explained

Glow Ink Sacs are used to make text glow on signs by crafting a Glow Item Frame by combining an Item Frame with a Glow Ink Sac. This process makes the text on a sign glow under low light conditions (like the eyes of an Enderman) but does not make the sign emit any actual light- it is merely more visible in dim light.

The text on the sign is also given an outline when Glow Ink Sac is used in a similar colour as the text itself. 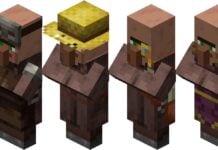 Minecraft Villager Breeding Guide – How to Breed Villagers in Minecraft