Home Guides How To Get All Trophies in Bulked Up (Roblox) 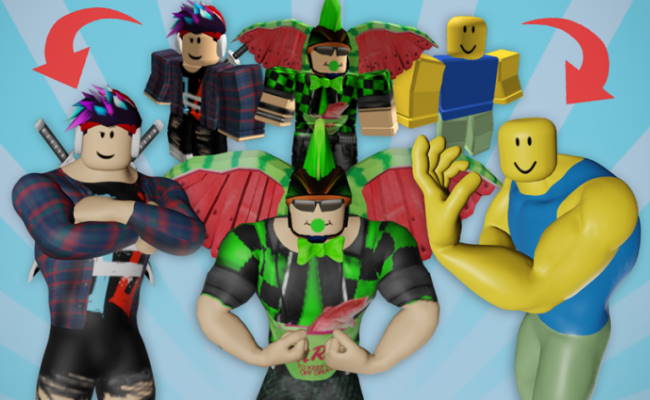 Ever wanted to become instantly bulky? Your dream has come true in Bulked Up, a Roblox game where you get to play as a big, beefy Robloxian! Attack buildings with your massive muscles to earn gems and learn new abilities. You can also explore the map and find secret trophies to earn some special bonuses! We’re here today to show you how to get all trophies in Roblox Bulked Up!

The first trophy is essentially given to you, as it’s right in front of you at the start of the game.

From the first trophy, go into the city and look to your right. You should see the trophy sitting in the middle of the street.

From the second trophy, turn to your right, and you should see a small shop called the Stop’and’Shop. Go inside and find the trophy hiding behind the counter.

Head out to city square, and you’ll find a trophy sitting right in the center.

There’s a neighborhood full of pink houses next to the city. This one in particular (in the center of the screenshot) is hiding a trophy inside.

There’s a giant hole by the city. If you go past it and hug the cliffside, you’ll reach the forest, where there’s a trophy waiting.

Venture away from the pink neighborhood into the forest and you’ll find a trophy nestled between some trees.

From the city, go down the street opposite of the tunnel entrance to find a trophy at the end.

The next couple of trophies will be close to the spawn point. From the spawn point, go backwards into the forest, and you’ll see a ring of cabins. There’s a trophy in the center of the trees.

Near trophy 9, one of the cabins is hiding a trophy within.

Follow the path into the forest from trophies 9 and 10 and look for a bright green box. You’ll find a trophy in front of it.

To the right of the spawn point is a climbable cliff you can jump on. At the top you can find a trophy hiding behind a tree.

Those are all the trophies in Bulked Up! If you have any other tips or tricks to share, let us know in the comments below!